'It's Like a Puzzle To Be Solved.' Alan Alda Says He Was Diagnosed With Parkinson's Disease

Alan Alda, the award-winning actor best known for his role as “Hawkeye” Pierce on the hit series M*A*S*H*, revealed in an interview Tuesday that he was diagnosed with Parkinson’s disease.

In an interview on CBS This Morning, the actor said he was diagnosed with the disease in 2015, but has not let it hold him back from living a full life.

“In the very beginning, to be immobilized by fear and think the worst thing has happened to you, hasn’t happened to you,” Alda, 82, said. “You still have things you can do.”

Alda has continued to appear in television shows since his diagnosis, and he has been taking boxing lessons three times a week, along with playing singles tennis. For now, Alda says he has noticed a twitch in his thumb, but few other symptoms. He also recently started a podcast called Clear and Vivid, where he chats with a series of guests on “connecting and communicating.” Alda is also a visiting professor at Stony Brook University, home to the Alan Alda Center for Communicating Science.

“I had been on television a lot in the last couple of weeks talking about the new podcast — and I could see my thumb twitch in some shots and I thought, it’s probably only a matter of time before somebody does a story about this from a sad point of view, but that’s not where I am,” Alda says.

Alda appears to have a positive outlook on his diagnosis. “It’s like a puzzle to be solved. What do I have to adapt to to carry on a normal life?” Alda asks. “And I enjoy solving puzzles.”

“I’ve had a richer life than I’ve had up until now,” he added. 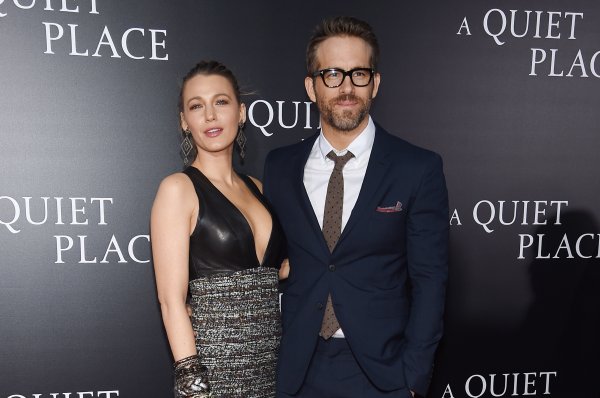 Ryan Reynolds and Blake Lively Proved They're Proud Parents
Next Up: Editor's Pick