A group affiliated with the Islamic State has claimed responsibility for an attack that killed four cycling tourists, including two Americans, in Tajikistan, while the local authorities pinned the incident on a banned Islamist party.

The group of seven bicyclists was riding in Danghara district, southeast of the capital Dushanbe, when they were struck by a car and physically attacked by five armed suspects on Sunday, according to ABC News.

Four people were killed, including two Americans, a Dutch national and Swiss citizen.

Authorities in Tajikistan said the attack, which was initially thought to be a hit-and-run, appeared deliberate.

Citing an alleged confession from a detained suspect, the interior ministry said Tuesday that the murders were ordered by a member of the blacklisted Islamic Renaissance Party of Tajikistan (IRPT), AKI Press, a Central Asia news site, reported.

The ringleader of the attack was said to be trained in Iran and the group planned to flee to Afghanistan afterward, according to Reuters.

The IRPT was banned by Tajikistan in 2015 after it was accused of attempting a coup.

On Tuesday, IRPT expressed condolences to the cyclists’ families, and said it hoped the investigation would “not only refute rumors and assumptions”, but also restore international trust in Tajikistan.

Separately, an ISIS-affiliated group also took responsibility for the incident.

In a Tweet on Monday, the group said that “soldiers of the Caliphate” launched the attack on “citizens of Crusader coalition countries,” running them over and then using knives, according to ABC’s translation.

The U.S. Embassy in Dushanbe confirmed the deaths of American citizens, who were not named due to privacy concerns.

In a statement, the embassy condemned the attack and sent condolences to the families. A security alert was also issued to U.S. citizens. It urged precautions and also reportedly said there was “no evidence that indicates a heightened level of threat to U.S. citizens.”

If ISIS’s claims on the Tajikistan incident are confirmed, it would the first time Americans have been killed in a terrorist attack outside of the U.S. since August 2017 in Barcelona, according to ABC. 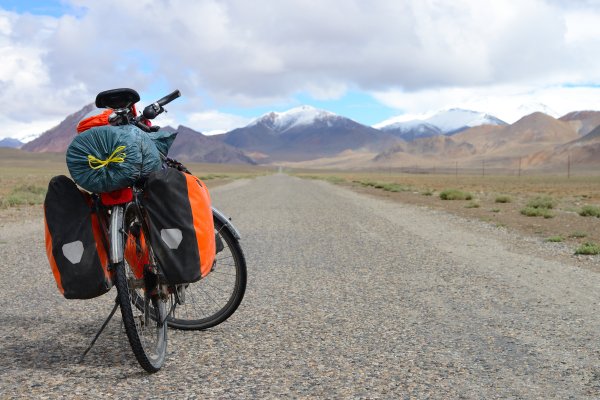 2 Americans Among 4 Killed in Tajikistan Hit-and-Run
Next Up: Editor's Pick