(Bloomberg) — Donald Trump said he would be willing to meet Iranian President Hassan Rouhani with “no preconditions” as tensions between the two countries climb following the U.S. president’s decision to withdraw from a 2015 nuclear deal.

“I would certainly meet with Iran if they wanted to meet,” Trump said Monday during a joint press conference at the White House with Italian Prime Minister Giuseppe Conte. “I don’t know if they’re ready. They’re having a hard time.”

The U.S. leader cited his experience meeting with North Korean leader Kim Jong Un in Singapore last month as a sign of his willingness to help address concerns of war and peace. Trump has said the summit — the first ever between the leaders of the U.S. and North Korea — has fostered his goal of denuclearizing North Korea, though its unclear if Kim shares that commitment.

When discussing critical issues, “you meet,” Trump said. “There’s nothing wrong with meeting.”

Trump began ramping up the public pressure on Iran about a week ago, saying on Twitter that the U.S. won’t tolerate Iran’s “DEMENTED WORDS OF VIOLENCE & DEATH” — a response to a warning that Iran’s leader made to Trump. The tweet followed a speech by Secretary of State Michael Pompeo labeling Iranian leaders “hypocritical holy men” and calling out many by name for alleged corruption.

Some U.S. sanctions on Iran are due to kick in next month, while more serious penalties targeting countries with companies importing Iranian oil take effect in November.

One possible opportunity for the two leaders to meet would be during the United Nations General Assembly in late September. Rouhani typically attends the meetings in New York. 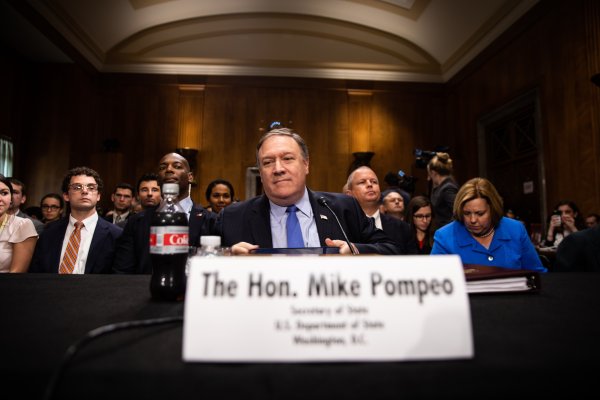