At the 2018 World Cup in Russia, Brazil’s national team did not make it to the final, despite the presence of star player Neymar on their squad. Striker Neymar also came in for criticism during the tournament due to his on-field antics, including what some deemed to be exaggerated falls and “dives” during play. (In fact, his moves became internet memes widely circulated during the games.)

And now — in a Portuguese-language ad sponsored by Gillette — Neymar is finally addressing his World Cup choices.

Titled “a new man every day,” the stylized black-and-white video narrated by Neymar sees him reflecting poetically on the critiques that have been leveled his way in what seems to be a public statement to his fans and detractors alike.

“You may think I exaggerate. And sometimes I do exaggerate. But the truth is I suffer on the pitch,” the 26-year-old player explains over soaring music. “You may think I fall too much. But the truth is I did not fall. I fell apart… I took long to accept your criticism. I took long to look at myself in the mirror and become a new man. I fell, but only who falls can pick himself up.”

He ends with a plea to Brazil to “help me stand.” The World Cup may be over this time, but he still has his role on Paris’s Saint-Germain club team to keep him busy. 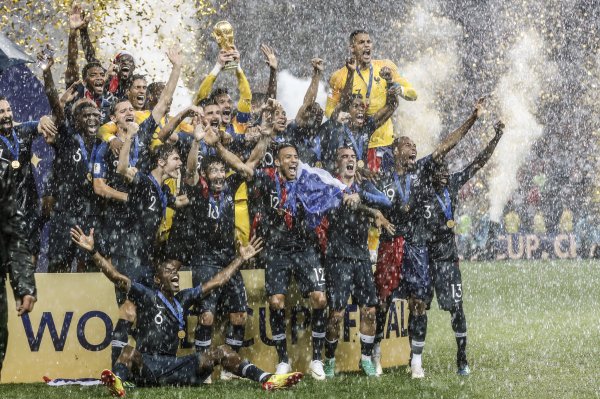 France's World Cup Team Crashed a Press Conference to Soak Their Coach in Champagne
Next Up: Editor's Pick