It may be deeply unfashionable to frame a spy action-comedy—one featuring two performers as assured as Mila Kunis and Kate McKinnon, no less—around one character’s romantic relationship with a guy, or its dissolution thereof. Isn’t that like defining a woman by her marital status or something? But depending on your perspective and the degree of romantic investment you had in your partner, the trauma quotient of being a recent dump-ee lies somewhere between the faint throb of a hangnail and the sensation of having been run over by an Acme steamroller sixteen times. Either way, it’s bound to make you feel a little more human. And isn’t that what comedy is all about?

A breakup, the rough kind, is the catalyst for everything that happens in The Spy Who Dumped Me, a well-meaning handspring of a movie that doesn’t necessarily land on its feet. (The director is Susanna Fogel; she also cowrote the script, with David Iserson.) Kunis plays Audrey, the dumpee, who works as a cashier at an organic-food store. The guy who’s ditched her—by text, no less—is Justin Theroux’s Drew: We meet him in the movie’s opening scene, a gritty shootout in Lithuania that suggests he’s not just your average lame-ass boyfriend, but a very specific sub-breed of lame-ass boyfriend. Drew, unbeknownst to Audrey, is in the CIA. She figures it out when he comes to Los Angeles and tries to make up with her, though he expires from a bullet wound just after he’s given her a mission: To bring a special secret whatsit to an operative who will meet her in a café in Vienna. Audrey, freaked out, is having none of it. But her best friend Morgan, played by McKinnon—her character’s last name is “Freeman,” one of the movie’s lamest jokes—works her persuasive power with a blunt argument straight out of a Marx Brothers movie: “Do you want to die not having been to Europe, or do you want to die having been to Europe?”

The ensuing caper takes the two from Los Angeles to Vienna, and then to Paris, Prague and Berlin. Audrey sees Europe, all right. She also tangles with a Russian gymnast-assassin (Ivanna Sakhno) and a handsome spy (Sam Heughan) who may or may not be working for the other side. The Spy Who Dumped Me isn’t quite sure what it wants to be, though that’s not always the worst thing: You might call it an ambitious hybrid. Sometimes it’s an action movie, replete with zig-zagging chase scenes and all-out bone-crushing pandemonium that’s not played strictly for laughs. In between the skull cracking, it’s a comedy in which Kunis and McKinnon trade goofball best-friend wisecracks. Kunis is a terrific comedian, particularly suited to screwball mayhem because nothing seems to faze her: She has those great, agnostic “You’ve got to be kidding me” eyes. She makes a great foil for McKinnon, with her demented-Kewpie savoir faire.

The movie’s best zingers go to McKinnon, who sure knows her way around a semi-surreal verbal gag. Audrey and Morgan end up as the guests of a food-and-wine-snob lothario (played with sleazy relish by Fred Melamed). When he comes on to McKinnon by asking, “Are you a lover of Balzac?”, her answer hits like a wobbly yet right-on softball: “Less and less with every experience.” It’s a great, loopy sendup of male presumptuousness. Maybe the biggest problem with The Spy Who Dumped Me is that it works too hard to set up outlandish scenarios—there’s one involving McKinnon on a trapeze—that it can’t quite pull off. McKinnon and Kunis need all that distracting clutter just about as much as they need a bad boyfriend hanging around. The wavelength they’re on is its own high-wire act. 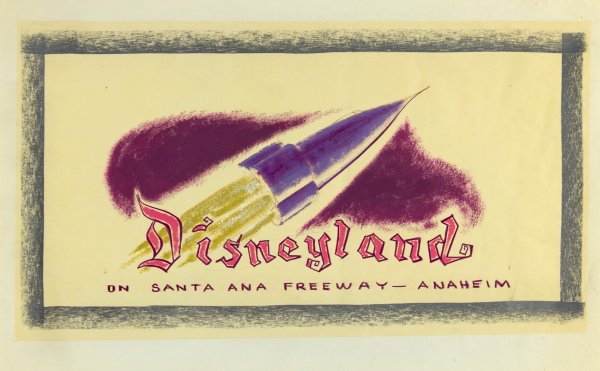 See the Original Concept Art That Helped Take Disneyland From Dream to Reality
Next Up: Editor's Pick