Ryan Reynolds and Blake Lively may be two of Hollywood’s most golden stars — but they’re also proud parents to daughters Inez and James, and friends of Taylor Swift. So at Swift’s Gillette Stadium show on Saturday night in Massachusetts, Reynolds and Lively shared an especially excited moment when the song “Gorgeous” came on: their daughter James contributed gurgling baby-coo vocals to the Reputation track, a fun fact revealed last year after the song was released as one of the album’s singles.

Video captured by fans of the pair during Swift’s introduction to the song proves they were not only amped up on the experience of being at Swift’s popular stadium show, but also particularly eager to hear the tune that their family is forever a part of. You can see Lively filming both Reynolds beside her and Swift onstage, her face clearly thrilled when the opening chords of “Gorgeous” begin to play.

Swift, Lively and Reynolds are longtime pals, with their friendship documented going back years. (Remember Swift’s once-iconic Fourth of July parties? Lively attended while pregnant with her younger daughter Inez back in 2016.) 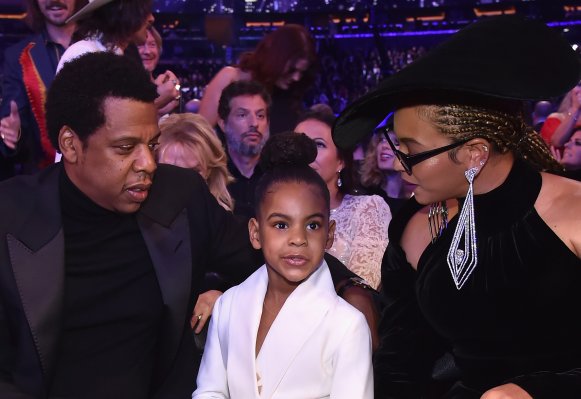 Blue Ivy on Vacation Is This Summer's Most Aspirational Relaxation Goals
Next Up: Editor's Pick