The Carr Fire Is California's Deadliest and Biggest Blaze of the Year (So Far). Here's What to Know

A fast-moving wildfire scorching Northern California — specifically in the city of Redding — has left a path of death and destruction as more than 3,300 firefighters work to tame its aggressive flames.

Dubbed the Carr Fire, the fatal inferno has killed six people, including three members of one family and two firefighters, since it started last week and has the potential to become among one of the largest wildfires in California’s history as it continues to burn with 20% containment.

Ignited last Monday due to a spark caused by a vehicle failure, the massive wildfire prompted thousands of residents in Redding and nearby neighborhoods in Shasta County to escape their homes. Fueled by dry brush, triple-digit temperatures and shifting winds, the Carr fire has been particularly difficult for firefighters to control, and the steep terrain in which it burns makes it hard to build containment lines.

The Carr Fire exhibits yet another example of a new normal for California wildfires as the fire seasons grow longer and fires become faster-moving and more aggressive. Here’s what to know about the deadliest and largest blaze currently burning in California including where it is, how many homes have been destroyed and how much of the fire has bee ncontained.

Where the Carr fire is burning

A power pole leans over a burned property as the sky turns a deep orange during the Carr fire near Redding, California on July 27, 2018.
JOSH EDELSON—AFP/Getty Images

Burning in the mountainous Shasta County, the Carr Fire has scorched neighborhoods in and around Redding, a Northern California city with a population of more than 91,800 people that sits along the Sacramento River. The city is about an two-and-a-half-hour drive from the state’s capital.

The fire began last week in the foothills of the Shasta-Trinity National Forest and spread throughout the week and weekend down toward Redding and surrounding neighborhoods and roadways. The fast-moving flames picked up speed last Thursday, when it expanded by 33,444 acres, according to a detailed map from the California Department of Forestry and Fire Protection, or Cal Fire. The next few days it expanded by more than 23,000 acres each day. As of Monday morning, the fire burned through 98,724 acres.

Wade Brilz looks at his burned home with his family during the Carr fire in Redding, California on July 27, 2018.
JOSH EDELSON—AFP/Getty Images

At least 966 homes and buildings have been destroyed and 193 others have been damaged by the Carr Fire so far, with 5,012 structures still threatened by its flames. Some residents over the weekend returned to ashes where their homes once stood and rummaged through the destruction to find valuables, according to the Associated Press.

At least five people died as a result of the Carr fire, and officials are looking into seven missing persons reports. Don Ray Smith, an 81-year-old civilian bulldozer operator who worked to clear trees and dry brush from the fire’s path, died, as well as Jeremy Stroke, a 37-year-old a fire prevention inspector. California Gov. Jerry Brown lowered the Capitol flags to remember the fallen firefighters.

A great-grandmother and her two young great-grandchildren were killed Thursday when flames from the Carr fire encroached on their Redding home. The great-grandmother’s husband, Ed Bledsoe, told CBS News he had left the house for 15 minutes when his wife Melody, 70, called him to say the flames were suddenly at their backdoor. He said they had not received an evacuation warning; otherwise, he said, he would have been at the house with them.

“I would’ve died right there with them,” he told CBS News. “They’re that important to me.”

A sixth victim was found on Sunday, officials said.

Firefighters monitor a backfire during the Carr fire in Redding, California on July 27, 2018.
JOSH EDELSON—AFP/Getty Images

Scorching 98,724 acres over the last week, the Carr Fire could become one of the largest wildfires in California’s history. The state’s top 20 wildfires in recorded history span from last December’s monstrous Thomas Fire, which became the largest ever when it scorched 281,893 acres in Ventura and Santa Barbara, to 1990’s Campbell Complex fire, which burned 125,892 acres in Tehama. With more than 960 structures destroyed, the Carr Fire is already one of the most destructive wildfires in state history, according to a list compiled by Cal Fire.

At 20% containment as of Monday morning, firefighters do not have an estimate on when the Carr fire will be fully contained. Officials told the Los Angeles Times firefighters halted the fire’s spread in Redding’s city limits, though it is still burning in remote areas. Officials from Cal Fire did not respond immediately to TIME’s request for comment.

The Carr Fire is just one of 17 wildfires blazing across California as the 2018 fire season gets into full swing. In addition to the deaths caused by the Carr Fire, the Ferguson Fire burning in Mariposa County near Yosemite National Park has killed two firefighters who were fighting to contain the dangerous blaze.

Last week, for the first time in 20 years, Yosemite closed popular portions of its national park during the peak of its tourist season as the nearby Ferguson Fire brought in dangerous smoke into the area. The park initially closed popular sections through July 29, but officials extended its closures to 4 p.m. on Friday, August 3. Even before the extended closures, nearby businesses in Mariposa County anticipated substantial losses in businesses as tourists scrambled to cancel their bed and breakfast reservations and touring groups rerouted their expeditions through Yosemite.

The thousands of firefighters working to contain the large, aggressive fires throughout the state will face harsh conditions this week as temperatures hit the triple digits and shifting winds fuel fast-moving flames. Officials issued air quality alerts for cities in Sacramento County, San Joaquin County and Reno, Nevada, among other areas, as the smoke from surrounding fires impact the air. 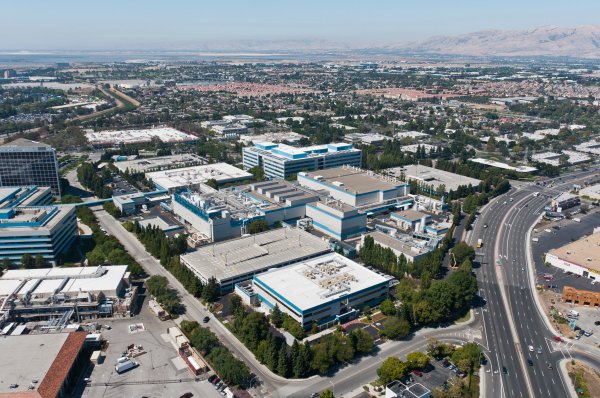