Zimbabwe Is Voting In Its First Ever Election Without Mugabe. Here's What to Know.

Voters in Zimbabwe began voting on Monday in a general election nine months after the removal of longtime president Robert Mugabe, 94.

The election pits Mugabe’s old party, the ZANU-PF, against the Movement for Democratic Change (MDC) which hopes to overturn ZANU-PF’s unbroken rule of Zimbabwe since Mugabe led the former British colony to independence in 1980.

In an astonishing public intervention on Sunday, Mugabe said he would not vote for the party he founded, which removed him from power last November, and would instead be casting his vote for the MDC. Mugabe ruled the country for nearly four decades in a period marred by economic crises and corruption.

The ZANU-PF is now led by Mugabe’s former right-hand man Emmerson Mnangagwa, 75, who came to power after the removal of Mugabe. The MDC is headed by Nelson Chamisa, 40, a lawyer and pentecostal preacher. Here’s what to know:

When will the results come in?

Voting ends at 7pm local time (1pm E.T.), and counting begins immediately. The result will be announced within five days, authorities said. In the 2008 election, the result was not announced for more than a month, fueling complaints the result was rigged by the incumbent ZANU-PF.

In this election, polls give Mnangagwa a small lead over Chamisa. However if neither party wins over 50% of the vote, a runoff between Chamisa and Mnangagwa must be held on Sept. 8, which would not include the other 21 candidates on the presidential ballot.

Who is the current President Emmerson Mnangagwa?

Mnangagwa, a former spy-chief of Mugabe who took the presidency in 2017, is nicknamed “the crocodile” for his perceived ruthlessness. After the controversial 2008 election, he was reportedly in charge of the ZANU-PF’s intimidation campaign against opposition voters, in a campaign that left hundreds dead.

Now, he promises to open Zimbabwe up to foreign investment after many years of economic stagnation and high regulatory barriers. He says his party has made a clean break from the corrupt rule of Mugabe, but opposition leaders say the ZANU-PF remains deeply flawed.

Who is the opposition leader, Nelson Chamisa?

Aged just 40, Chamisa came to lead his party only this year, after the death in February of Morgan Tsvangirai, the MDC’s long-serving leader who led the party through the 2008 election. Tsvangirai won 47.9% of that vote to Mugabe’s 43.3%, which necessitated a run-off under constitutional law. Following a campaign of violent intimidation, however, Tsvangirai removed himself from the race and Mugabe stayed in power.

However following Tsvangirai’s death, other MDC members who felt Chamisa unfairly took power splintered off, and will also use the name MDC on the ballot. That means the opposition vote may be split.

One of Chamisa’s main campaign promises is to begin using the South African rand as Zimbabwe’s national currency, and eventually join the Rand Monetary Union in an attempt to bolster the struggling economy.

Chamisa was previously a student political leader and protege of Tsvangirai. He holds degrees in political science, international relations and law, and also recently qualified as a pastor. His youth may appeal to Zimbabwe’s young electorate – over 43% of registered voters are under the age of 35.

Will the election be free and fair?

The elections have been opened up to international observers, though the opposition has voiced concerns that the voter roll has irregularities and claimed that the army has been deployed to rural areas in an attempt to intimidate people to vote for the ruling ZANU-PF. On July 4, the army vowed to remain neutral in the elections, despite having been an influential actor in the removal of Mugabe last November.

President Mnangagwa urged voters to be peaceful on Monday. “We are one people, with one dream and one destiny,” he said. “We will sink or swim together.”

Chamisa told the BBC: “We will win this election to the extent it’s free and fair… it’s a done deal.”

What has Mugabe said?

Mugabe’s intervention on Sunday came during a hastily-called press conference at his home. “I hope the choice of voting tomorrow will throw, thrust away the military government and bring us back to constitutionality,” he said, referring to the ZANU-PF government. “I can’t vote for those who have caused me to be in this situation, so there is Chamisa left.” 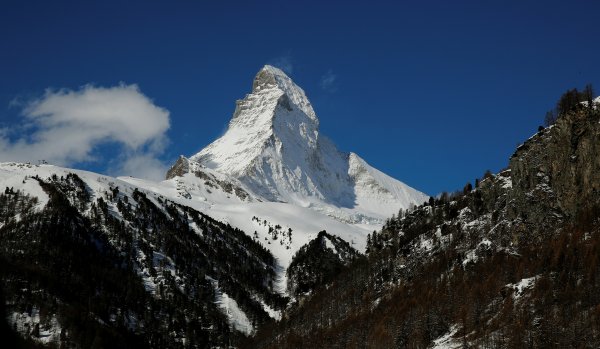