A New Study Shows Just How Much Doctors Prescribe Opioids

After years of rising use, federal data suggests that opioid prescriptions are beginning to drop off in the U.S., perhaps in an effort to curtail a substance abuse epidemic that continues to get worse.

But new research suggests that many doctors are still prescribing these powerful drugs — even for relatively minor injuries.

In fact, a quarter of patients treated for ankle sprains between 2011 and 2015 left the hospital with an opioid prescription, according to a paper published in the Annals of Emergency Medicine.

To reach that finding, University of Pennsylvania researchers analyzed private insurance claims filed by almost 31,000 patients who had been treated in an emergency room for a sprained ankle. All of these patients were older than 18, and none had filled an opioid prescription during the prior six months.

Overall, 25.1% of these patients received an opioid prescription, the researchers found. The average opioid prescription was relatively low-dose and supplied about 15 pills, or enough for three days, but a small number received prescriptions equivalent to more than 30 tablets of mid-strength oxycodone — which the Drug Enforcement Administration says has “high potential for abuse.”

Prescription habits also varied widely from state to state, the researchers found: In Arkansas, for example, 40% of patients walked away with opioid prescriptions, compared to almost 3% of people in North Dakota.

The paper also notes that overall prescription rates dropped during the study period, from 28% of patients in 2011 to 20.4% in 2015. In 2016, a year after the research period ended, the Centers for Disease Control and Prevention issued new, stricter guidelines for prescribers. And in 2017, CVS pharmacy began limiting access to opioids.

The study, which was in part funded by the National Institute on Drug Abuse (NIDA), is the latest to demonstrate how doctor-prescribed opioids can contribute to long-term substance use. An estimated 80% of people who eventually use heroin first misused prescription drugs, according to NIDA.

Despite the prevalence of opioid medications, however, research suggests that over-the-counter painkillers are just as effective for most injuries, and that many Americans would prefer to treat pain without drugs. 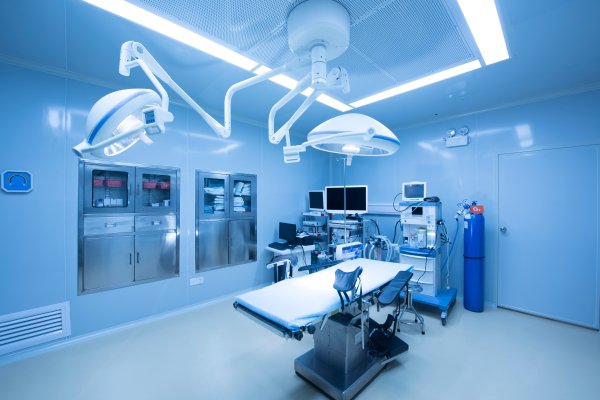 What the Netflix Documentary ‘Bleeding Edge’ Gets Right About the Dangers of Medical Devices in America
Next Up: Editor's Pick