Leonard Edwards, 57, doesn’t have a checking account. He can’t afford one.

Once a month, the Social Security Administration adds money to his Direct Express Card. Though it looks like a typical debit card, he isn’t allowed to deposit money to it and can’t write checks from it.

Burdened with severe osteoarthritis, the former FBI employee and ex-Marine has had two hip replacements and is on disability leave.

When he goes to pay rent and utilities, the Northwest Washington, D.C., resident has to choose between coughing up “convenience fees” to use some online payment portals or spending his hard-earned dollars on money orders. Banks charge about $5 for each one.

“That’s bread, milk and sugar,” Edwards said of the fees. It’s expensive to be poor, he lamented.

Even checking accounts can be a luxury. Chase, Wells Fargo and Bank of America all require balances of $1,500 to avoid fees on their basic accounts. There are workarounds. Customers can avoid the $7-12 per month service charges for low balances by scheduling regular direct deposit payments of hundreds of dollars, but Edwards can’t meet any of those requirements.

He’s not alone in his struggles. Nine million households — 7% of households in the United States — are unbanked, or are not served by typical financial institutions, according to a Federal Deposit Insurance Corp. survey from 2015.

Now an old idea has resurfaced that would help those households with help from an unlikely source: the post office. The government would allow anyone to open small checking and interest-bearing savings accounts administered by the U.S. Postal Service.

“It’s a common-sense and elegant solution to a very big problem,” Sen. Kirsten Gillibrand, who sponsored the legislation, told TIME.

Why being unbanked poses problems

Being unbanked makes it more difficult to pay bills online and prevents people with low incomes from shopping at the growing number of retailers that only accept plastic. But it’s not just a nuisance. It’s also a reason that many unbanked people find themselves in debilitating debt traps. Often, they have no other option but to rely on unregulated, fringe financial services because they can’t open traditional bank accounts where they could save up money for emergencies.

Worse, even payday lenders like Check Into Cash and Ace Cash Express require that customers have bank accounts for loans. Edwards said he once tried to obtain a cash-advance loan as a last resort and was turned away. Without the unexpected help of some friends, he would have had to resort to unlicensed loan sharks or become homeless.

“The catch-22 of unbanked or underbanked individuals, is that in order to gain access to financial mainstream, you need credit opportunities to build a credit profile and a borrow profile. You can’t do that if you don’t have access to financial products,” said Scott Astrada, the director of federal advocacy at the Center for Responsible Lending, and a former attorney for the Office of Management and Budget under the Obama Administration.

Moreover, when low-income employees don’t have checking accounts, they aren’t eligible for direct deposit and have to be paid in checks, which leads to more fees. Wells Fargo charges non-customers $7.50 to cash a payroll or business check, while payday lenders charge up to 10%.

“The bigger the check, the bigger the chunk,” said one woman without a checking account outside Washington, D.C.’s Union Station, who asked that her name not be used in this story.

There’s a reason corporate banks charge for their services. It takes money and infrastructure to maintain bank accounts, regardless of the wealth — or lack thereof — within them.

“They have to offset those costs somehow,” Astrada said. “The business motivation or the profit motivation isn’t there to serve low-balance consumers.”

But for the unbanked, lacking a checking account can be physically dangerous. People who make less than $10,000 per year are the most likely income demographic to be victims of violent crime, such as robbery, according to data compiled by the Department of Justice. Without access to financial services through banks, they often rely on cash to make transactions, making them vulnerable to criminals who know employees have regular payment schedules.

Edwards, who has a visible limp from the pain in his aggravated joints, said carrying cash makes him fear for his life.

“When you’re a black man in America, and especially one with a disability, that’s always on your mind,” he said.

Gillibrand said these issues could easily be resolved.

“I think if we were given a vote on postal banking, we could pass it now,” she said. “The solution is already available. It’s already there. You don’t have to spend money to create it.”

Postal banking isn’t a new idea. Almost every other developed country does it. Approximately 1 billion people — 19% of the world’s adults — have postal banking accounts, according to the Universal Postal Union, an agency of the United Nations.

America used to have a version of it, too. The United States Postal Savings System was created in 1910, during a time when customers were wary of big banks. Initially, the maximum allowed balance was $500, though it was later raised to $1,000 in 1916 and then to $2,500 in 1918 — equivalent to more than $40,000 in today’s dollars. When banks regained public trust and began offering more competitive interest rates after World War II, the service lost ground and it was shuttered in the 1960s.

But as profit margins on low-balance accounts began to shrink, banks began to abandon poorer urban neighborhoods and rural areas, creating what some call “banking deserts.” Since the financial crisis, 86 more banking deserts have emerged in rural areas, according to a recent report published by the National Community Reinvestment Coalition, which advocates for increasing access to financial services.

Postal banking would also help the U.S. Postal Service, which has looked for ways to stay profitable amid competition from private delivery services like FedEx and UPS. The post office has also weathered declining revenue due to decreased mail volume as people and businesses began to rely on email and online services for contact and billing needs.

“Financial services have been the single best new opportunity for posts to earn additional revenue. For the Postal Service, this might ultimately translate into $8.9 billion per year,” the Office of the Inspector General for the United States Postal Service stated in a report.

There’s another reason the idea is coming up again now, especially from a senator like Gillibrand: politics. After Hillary Clinton’s loss in 2016, Democrats have debated a number of bolder proposals ranging from Medicare for All to making college debt-free that they hope can inspire their supporters while making inroads among Trump supporters. And Gillibrand, who is widely expected to run for the Democratic nomination, may be looking for ways to differentiate herself in a crowded field.

Hank Sheinkopf, a Democratic strategist based in New York City, said Gillibrand will need to find ways to attract liberal Democrats who may be skeptical of her past as a corporate lawyer and member of the Blue Dog Coalition. He said the postal banking bill could be seen as a smart piece of messaging for now.

Criticisms of the bill

To be sure, there are critics of the proposal.

“There are lots of reasons why being able to save matters. Being able to have a deposit account that doesn’t cost very much, gives them access to their funds and allows them to cash checks and wages they receive or government transfers — all of that is really valuable and it improves people’s lives,” said Kim Schoenholtz, a professor of financial institutions and markets at New York University. “Postal banking is one way of delivering that, but it’s certainly not the only way of delivering it.”

Subsidizing the creation of no-frills accounts in existing banks could be another solution, he said. But he was also concerned about a portion of the bill that would allow the postal service to provide loans.

Gillibrand’s bill, as is, would allow for small loans up to $500 at a time, or $1,000 from one year of the issuance of the initial loan, with interest rates in line with the Treasury’s one-month constant maturity rate, which is currently under 2%. The Postal Services Inspector General suggests interest rates closer to 25% would be more financially sound, however.

Whatever the final rate, it would likely be much lower than those offered by payday lending services with annual interest rates nearing 400%. According to the Office of Inspector General, borrowing $375 — a typical small loan amount — from a payday lender with an effective annual interest rate of 391% leaves recipients responsible for more than $500 in total interest and fees, on top of the original borrowed sum. A postal bank loan recipient who borrows the same amount would pay a fraction of that: 28% in estimated interest and fees amasses less than $50.

But Schoenholtz worries the comparatively low interest rates would lead to frequent defaulting.

“Credit typically involves default risk and default risk is higher for [people with less predictable] incomes or with lower incomes. Ultimately, the bankers who are going to be able to stay in business in a sustainable way — without subsidy — can only do so if they charge a risk premium to commensurate it with that default risk,” he said.

Borrowers who can’t afford checking account fees usually don’t own valuable assets like property, either. Schoenholtz said that adds another layer of complexity. Lenders “have to be able to seize assets in the event that someone doesn’t pay. It’s not clear that that’s a good role a government institution in the United States,” he added.

Gillibrand said the notion that borrowers wouldn’t pay back their loans in insulting.

“Any suggestion that hard-working poor Americans aren’t going to pay back their loans, I think is outrageous and wrong,” she said.” The existence of the predatory lending scheme is proof that they do pay back [the loans], because that’s why [payday lenders] make so much money.”

Leonard Edwards, the former Marine, said a public banking option would make his life a lot easier. But even though he can’t work, he tries to keep busy and help others. The 57-year-old spends his time volunteering for Bread for the City, a D.C. nonprofit, when his ailing hips allow it.

“It helps me keep my mind off of my problems,” he said. “It seems like when I do good and help other people, good things come my way. People help me.” 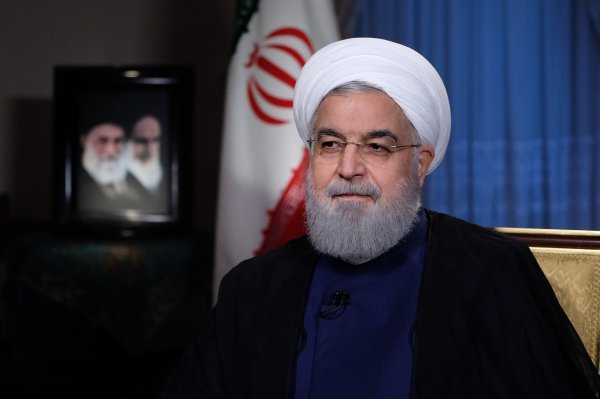