You Can Watch the Entire Lunar Eclipse Live. Here's How to Stream the Blood Moon

The longest lunar eclipse of the 21st century, also referred to as a “blood moon,” will be visible across most of the world Friday evening — except in North America.

The best views of the July 27 lunar eclipse will most likely be in the Mediterranean region, Eastern Africa and the Middle East, where the entire celestial event will be visible and uninhibited by clouds Friday evening.

Colloquially referred to as a “blood moon,” because of the reddish tint the moon has during the eclipse, the lunar eclipse will be visible from start to finish for three hours and 55 minutes starting at 3 p.m. E.T. The lunar eclipse’s totality, when the moon is totally covered by the earth’s shadow, will last for one hour and 43 minutes.

While lunar eclipse are more common to see than solar eclipses, the length of Friday’s eclipse is unique and is just a few minutes shy of the longest lunar eclipse ever.

For those who won’t be able to see the eclipse, or who are stuck indoors, TIME will be livestreaming the lunar eclipse in real time so you can see the entire process — from when the earth’s shadow just begins to cover the moon, to totality, to when the shadow recedes.

Watch the lunar eclipse livestream in the video above starting at 3 p.m. E.T. 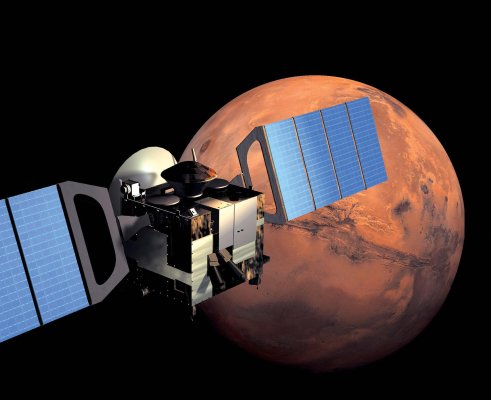 Scientists Found a Liquid Lake on Mars. Could That Mean Life?
Next Up: Editor's Pick