Why Trump’s Threats Against Iran Could Backfire

It’s one thing for U.S. President Donald Trump to threaten Kim Jong Un with fire and fury; short of starting nuclear war, Kim doesn’t have many options at his disposal. But threatening Iran is another matter altogether and Trump needs to tread carefully. Here’s why.

How We Got Here

This week, Trump took to Twitter to blare an all-caps threat directed towards Iranian President Hassan Rouhani. Taken alone, the threat itself doesn’t mean much—Trump has made many like them before. But this wasn’t an isolated threat; Secretary of State Mike Pompeo gave his own fiery anti-Iran speech earlier that same day, and hawkish National Security Adviser John Bolton followed up by issuing a statement that “President Trump told me that if Iran does anything at all to the negative, they will pay a price few countries have ever paid.” Put another way, this has been the best-coordinated message we’ve seen from the White House in months.

The Trump administration has seemingly decided on a two-pronged Iran approach in the wake of its nuclear deal withdrawal: leveling sanctions to squeeze Iran’s economy and delegitimizing the Iranian government in hopes of pushing regime change. The sanctions have begun to work; Iran’s currency has taken a 50 percent tumble in value since the beginning of the year, and European firms are beginning to leave. By the time oil sanctions are implemented, 700,000 barrels per day of Iranian exports will be knocked offline.

Iran’s population is starting to feel the pinch. But the country has been here before.

Some governments become paralyzed in the face of mounting public outcry; Iran is not one of them. Iran’s leadership has deftly and swiftly repressed dissent before, and there is no reason to think they won’t again. Iran’s Revolutionary Guard Corps number close to 120,000; as defenders of the country’s theocracy, they are true believers in the country’s Supreme Leader, and are prepared to carry out whatever orders are given to them.

But it may not even come to that. Iran has long been a proud nation, and Iranians a proud people. Even before the 1979 Revolution, cultivating civic nationalism has been a government focal point. And more to the point, Iranians feel betrayed by the U.S. withdrawal from the Joint Comprehensive Plan of Action (JCPOA)—back in April 2018, 67 percent of Iranians polled believed their country “should retaliate” if the U.S. moved against Iran in violation of the JCPOA.

It would be one thing if Iran’s economic woes were seen as a result of the government’s own incompetence (which some of it is); but Washington gave Tehran such a visible and immediate culprit for the country’s economic downturn that it actually makes it more difficult to blame Iran’s government—instead of Washington’s—for the economic misery Iranians are now facing. That gives Iran’s leadership the freedom it needs to respond forcefully and escalate tensions further.

The Strait of Hormuz

Iran also has some key geostrategic advantages. In 2016, some 18.5 million barrels of oil passed through the Iranian-controlled Strait of Hormuz every day, roughly 30 percent of all oil exports transported by sea globally; nearly 1/5 of all U.S. oil imports were coming from the Persian Gulf. Iranian authorities have been known to harass U.S. vessels in the past, though it’s unclear whether Tehran would be willing to start the practice again given current tensions.

But Iran’s control of the Strait also allows it to have potential influence on global oil prices. Given its necessity to global oil supply chains, shutting down the Strait could cause crude oil prices to shoot back into the hundreds of dollars per barrel range. That is not to say Iran would actually do that—Iran’s economy is in no shape for Tehran to undertake such drastic measures, no matter how aggrieved it may be with Trump. But if Trump continues pushing, Tehran may be tempted. They know Trump cares about oil prices, and when it comes to global oil supply chains, Iran is indeed a player. That gives it options—which is not something North Korea can say.

Also unlike North Korea, Iran has a significant military footprint outside its own borders, allowing it to complicate the life of the U.S. in other ways. For decades, Iran has been training and funding groups to wage battles on its behalf throughout the Middle East, and has a significant presence in some of the most intractable fights in the region: Yemen, Syria, Iraq and Lebanon. It also consistently clashes with arch-rivals Israel and Saudi Arabia, both of whom just happen to be stalwart U.S. allies. Iran was investing heavily in all these conflicts when it had every incentive to try and keep the peace—and the nuclear deal—intact.

Now that incentive is gone, an aggrieved Iranian leadership is motivated to remind the Trump administration that Iran remains a serious rival that can’t be kicked around. Tehran no doubt wants to stress its importance in a part of the world the U.S. has already sunk millions of dollars and thousands of lives into attempting to stabilize.

Then there’s the fact that we live in 2018, where countries are able to harness technology to wage asymmetric wars to unprecedented degrees. And Iran has a history (though not quite as illustrious as North Korea’s) when it comes to conducting cyber campaigns. In 2012, Iranian hackers managed to break into numerous American banks (Bank of America, Citigroup and Wells Fargo among them) in response to—you guessed it—the imposition of sanctions.

In 2013, Iranian hackers were able to hack into a “few” Israeli computer systems, according to Israeli Prime Minister Bibi Netanyahu, and the Israelis aren’t exactly known for being slouches when it comes to cyber defense. In 2017—again, while the JCPOA was still in effect—Iranian hackers were able to launch a cyber-attack against email accounts of British politicians, including those of certain cabinet members and Prime Minister Theresa May. In other words, a hard power disadvantage has rarely mattered as little as it does here.

Ian Bremmer is the president of Eurasia Group and GZERO Media, and host of GZERO World on WNET/Thirteen. 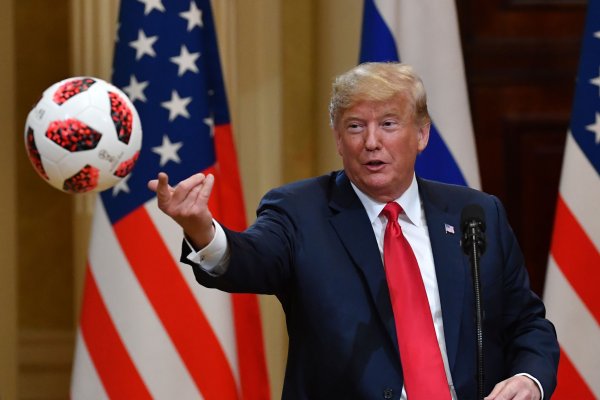 Key Moments of Trump's Whirlwind Week in Foreign Policy
Next Up: Editor's Pick