Orange Is the New Black has a flair for reinvention. It premiered on Netflix, five summers ago, as a fish-out-of-water dramedy about a spoiled white woman acclimating to life at a minimum-security prison. But Piper Chapman (Taylor Schilling) was soon demoted from heroine to just one face in a crowd of Litchfield Penitentiary inmates of all colors, shapes, classes, ages and belief systems whose stories were given equal weight. Then Litchfield went private, and Orange became an indictment of for-profit prisons. Last year’s fifth season was creator Jenji Kohan’s wildest experiment yet, unfolding over just three days as a riot shifted power from guards to inmates. The result was an often fascinating, yet tonally inconsistent, fever dream.

Season 6, which comes to Netflix on July 27, offers another hard reset.

The buses prisoners boarded in the riot’s aftermath have taken many of them—including Taystee (Danielle Brooks, still the standout), Gloria (Selenis Leyva), Red (Kate Mulgrew), Daya (Dascha Polanco), Black Cindy (Adrienne C. Moore), Piper, a dangerously unmedicated Suzanne (Uzo Aduba) and more—down the hill to Litchfield’s dreaded maximum-security facility. Confined to solitary cells as federal investigators attempt to isolate the ringleaders, these “riot girls” must decide whether to snitch on their closest friends or sacrifice themselves.

It’s a grim start to a season whose comic moments are limited to gallows humor, even once the women filter into the prison’s general population. Some of Orange’s funniest characters have been shipped out of state. This winnowing of the cast is mostly a good thing, bringing focus to a show whose multiple storylines had become unwieldy and making room for fresh pairings: Suzanne and lone wolf Frieda (Dale Soules) share a cell. Separated from her comrade-in-makeup-tips Maritza (Diane Guerrero), Flaca (Jackie Cruz) finds a worthy other half in Cindy.

But the overarching mood is bleak. Women assigned to C- and D-blocks are drafted into a nihilistic proxy war between their respective top dogs, sisters (a sociopathic Henny Russell and a mercurial Mackenzie Phillips) who’ve controlled the prison’s drug trade for decades. (B-block is a refuge nicknamed “Florida,” where elderly, mentally ill and transgender inmates enjoy peace and pudding cups.) Guards who approach their job as a sick game only exacerbate the situation, as do feds desperate to nail someone, anyone for the riots, all for the sake of optics.

The plot sags a bit midway through the season, largely because Orange devotes too much time to one-note characters like Piper and Joe Caputo (Nick Sandow), a reformer forever caught between the powers that sign his paychecks and his own moral compass. But that’s easy to forgive, because the themes of these episodes have such profound resonance. Litchfield Max is a place where honesty is punished and aggression rewarded, where a competent defense lawyer is a rare privilege, where nonviolent inmates get forced into conflicts that could add years to their sentences—and a place where truth has little bearing on any character’s fate.

This is the darkest panorama of the American justice system the show has ever painted. Orange will likely evolve into something entirely different in Season 7, but it’s getting harder and harder to imagine a happy ending to its sprawling story. 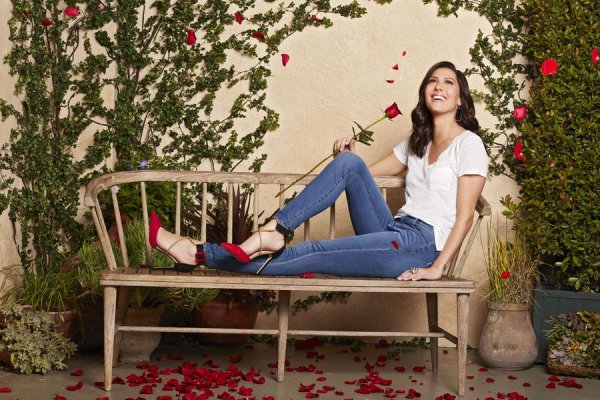 The Bachelorette Recap: Becca Gets Ready to Thai the Knot
Next Up: Editor's Pick