A Massive California Fire Is Forcing Thousands to Flee Their Homes. Here's What to Know About the Cranston Fire

California Governor Jerry Brown declared a state of emergency in Riverside County Thursday as a massive fire tore through thousands of acres near Idyllwild in the San Jacinto Mountains.

The Cranston fire, which started last Wednesday, has burned down five homes and forced thousands of residents to leave their homes in the Idyllwild area. It came as California was already facing an intense heat wave, and other fires nearby on Thursday required some firefighting resources to be diverted, according to the Los Angeles Times.

The Ferguson fire, another blaze in central California about 300 miles away from the one in Riverside County, shuttered parts of Yosemite National Park earlier this week through at least Sunday, authorities said.

Here’s what we know about the Cranston fire including how it started and how much of the inferno is contained.

How did the Cranston fire start?

The Cranston fire was no accident, authorities said. Brandon N. McGlover, a 32-year-old man from Temecula, was arrested Wednesday for allegedly starting the blaze and several others in southwest Riverside County.

McGlover remained in jail on Thursday, according to the Desert Sun, with his bail set at $1 million. He is expected to appear in jail on Friday morning.

Where is the Cranston fire burning?

The fire erupted on July 25 in the San Jacinto Mountains and has spread over 4,700 acres in the area.

Authorities ordered evacuations for a number of communities in the area, including Idyllwild, the Apple Canyon area, Mountain Center Community, the lake Helmet area and the Hurkey Creek area.

Officials from the San Bernardino National Forest told residents on Thursday the fire would cause closures for several campgrounds and picnic areas as well.

How much of the Cranston fire has been contained?

While firefighters worked to control the fire and some 700 continued fighting on Thursday, according to the Desert Sun, the fire appeared to be growing.

The evacuations that have already taken place have affected nearly 2,200 homes, according to the Desert Sun, meaning as many as 3,200 people have had to leave. 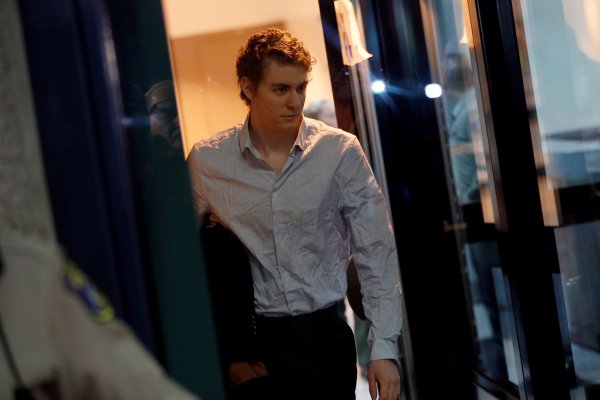 Brock Turner Says Sexual Assault Conviction Should Be Thrown Out Because He Was Having 'Outercourse'
Next Up: Editor's Pick