The movie poster for Seven Samurai (1954), which Hashimoto wrote with Kurosawa and Hideo Oguni
Toho/Kobal/Shutterstock
Ideas
By Antoine Fuqua

I first saw seven samurai at some small theater in downtown Pittsburgh, and it took me to another place. The writing by Shinobu Hashimoto, who died on July 19 at 100, working with Akira Kurosawa and Hideo Oguni, was so beautiful and poetic and powerful and heartbreaking. It was all about justice, it was all about sacrifice, and it made me want to be one of those guys. I came from a rough area, and I had my own version of watching poor people getting pushed down–whoever the person was who had the power, they would come in and take from other people. And when I saw The Magnificent Seven, a direct take on Seven Samurai, again, I found myself wanting to be one of those guys. So when they called me from MGM and asked me about remaking it, I couldn’t say no.

Seven Samurai, a foreign film from the 1950s in Japan, affected a boy from Pittsburgh living in the ghetto. That tells you it’s a universal story about a universal reason that people fight for justice. The process between Kurosawa and Hashimoto, who also wrote Rashomon, wasn’t about ego as much as it was about what’s best for the story–and I keep seeing that story being told over and over again. A lot of people don’t know Hashimoto’s name, but his legacy will live on forever through his movies and the stories and the people who are influenced by them.

Fuqua directed 2016’s The Magnificent Seven and The Equalizer 2, in theaters now 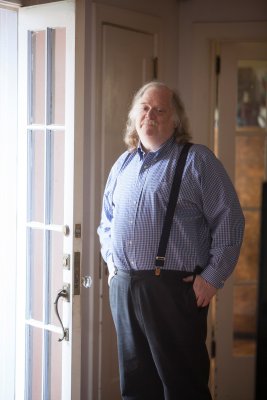