Memories From the South: Growing Up in a ‘Sundown Town’

When I was growing up near Corbin, Ky., in the 1980s, the little town was still grappling with a shameful event that had happened decades earlier. In 1919, a mob of white men had driven nearly 200 black railroad workers out of town. The local paper vehemently criticized “the terrible calamity,” and some white families sheltered black residents, but many were forced out at gunpoint. Corbin became widely known as “a sundown town”–a place where African Americans were actively unwelcomed–well into my childhood.

As a little boy, I often went to Corbin’s small but active downtown with my mother and aunt. They shopped for clothes at a locally owned dress shop. We ate chili buns at the Dixie Café, and my aunt gave me quarters for the jukebox with instructions to play Bob Seger songs.

By the mid-1990s, coal-mining and railroad jobs were disappearing. Walmart had forced most of the locally owned businesses to close. Empty storefronts lined Main Street. For many years, it felt as if the sun had set on this sundown town.

But an unexpected thing happened on the way to obsolescence. In the early 2000s, city officials legalized alcohol at restaurants and set out to attract small businesses to the faded downtown. Corbin is home to the first Kentucky Fried Chicken, so they built a park featuring a large statue of Colonel Sanders. The town also wanted to overcome the spirit of the 1919 riot; in 2005, the United Methodist Church there made a concerted effort to welcome African Americans displaced by Hurricane Katrina.

As of the 2010 Census, the town was still 97% white. But eight years later, this seems to be changing. This shift is most visible at the Wrigley Taproom & Eatery, in the same building where my mother and aunt used to go dress shopping. One long community-style table runs down the center. The bar features the best old-fashioned I’ve ever had. The food is local, delicious and inventive.

But the best part about the Wrigley is that it brings together many different kinds of people. There is still a serious lack of diversity in the region, but at the Wrigley on a Saturday night there are Appalasians (Appalachian and Asian descent), Fabulachians (rural LGBTQ folks), Affrilachians (African Americans from the region) and many others. The clientele at the Wrigley is diverse, but so are the employees. Recently the Wrigley hosted Corbin’s first ever Pride gathering in a county where 82% of the population voted for Trump-Pence.

Kristin Smith, co-owner and executive chef at the Wrigley, has a simple but fierce philosophy: “Every small town deserves a restaurant they can take pride in, with high-quality food grown by local farmers. Towns that don’t are missing our Appalachian history of expressing ourselves through preparing a from-scratch meal.” She also believes in promoting relationships through food. “If I can push someone’s boundaries through food … we [become] unified through a taste that doesn’t revolve around politics, just flavor.”

Today, Corbin is better known for its vibrant downtown scene than the travesty that happened there almost a century ago. At the Moonbow art gallery, one of the many new shops in town, the most popular items are those emblazoned with artist Lacy Hale’s proclamation “No Hate in My Holler.” And for all the welcome new blood, the Dixie is also still there, and I can play the latest hits or my aunt’s beloved Bob Seger on its Internet-enabled jukebox.

Corbin, like the South itself, still has a long way to go. But the spirit of inclusivity that lives in the Wrigley is infectious. In a region that doesn’t always love me as much as I love it, the Wrigley is a place where a rural gay man like me feels safe. That’s the New South–and the America–in which I want to live, a place I could have never imagined as a child.

House is the author of Southernmost: A Novel 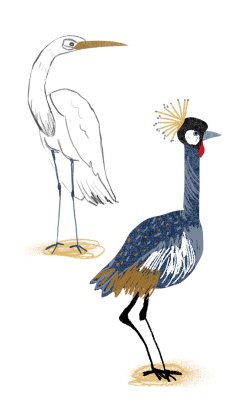 Memories From the South: Jogging Through Paynes Prairie
Next Up: Editor's Pick