The articles were filed by North Carolina Rep. Mark Meadows and Ohio Rep. Jim Jordan, leaders of the House Freedom Caucus and supporters of President Trump. The two GOP lawmakers had been threatening to take action toward impeaching Rosenstein in recent months, accusing him of withholding documents and ignoring requests from Congress.

“The DOJ has continued to hide information from Congress and repeatedly obstructed oversight — even defying multiple Congressional subpoenas. We have had enough,” Meadows said in a tweet Wednesday night.

The Justice Department did not immediately respond to a request for comment on Wednesday. But Rosenstein has defended himself against such criticism in the past.

“I am not keeping any information from Congress,” Rosenstein said last month while being questioned by Jordan during a heated House hearing. “I certainly hope your colleagues aren’t under that impression. That is not accurate, sir.”

Wednesday’s resolution represents an escalation of attacks on the Justice Department. But it does not force an immediate vote on impeachment because it is not a “privileged” motion, NBC News reported, citing a spokesperson for Meadows. A vote would likely prove to be divisive, as many Republican lawmakers have not supported calls for Rosenstein’s impeachment.

“When we confront foreign interference in American elections, it is important for us to avoid thinking politically as Republicans or Democrats and instead to think patriotically as Americans,” Rosenstein said at the time. “Our response must not depend on which side was victimized.” 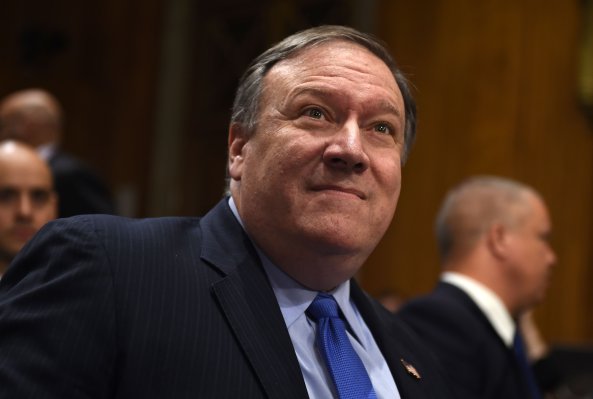 Pompeo Dodges Tough Questions on Russia In Senate Hearing
Next Up: Editor's Pick