In an open letter to Mark Zuckerberg published Wednesday, the parents of a Sandy Hook shooting victim urged the Facebook CEO to remove harassment and conspiracy theories from the platform, accusing him of “providing a safe haven for hate.”

Lenny Pozner and Veronique De La Rosa — whose 6-year-old son Noah was killed in the shooting at Sandy Hook Elementary School in December 2012 — published the letter in The Guardian.

“Our son Noah no longer has a voice, nor will he ever get to live out his life. His absence is felt every day,” they wrote. “But we are unable to properly grieve for our baby or move on with our lives because you, arguably the most powerful man on the planet, have deemed that the attacks on us are immaterial, that providing assistance in removing threats is too cumbersome, and that our lives are less important than providing a safe haven for hate.”

The letter details the family’s experience facing harassment and death threats from conspiracy theorists who deny that the Sandy Hook shooting ever happened and who have dismissed the victims and their families as “crisis actors.”

The letter referenced Zuckerberg’s comments in an interview last week in which he defended the company’s decision not to remove sites that spread conspiracy theories — including Holocaust and Sandy Hook denials — from the platform because it is committed to “giving people a voice.” Zuckerberg later said he did not intend to defend Holocaust deniers.

“Facebook plays a mammoth role in exposing the world’s masses to information,” Pozner and De La Rosa wrote. “That level of power comes with the tremendous responsibility of ensuring that your platform is not used to harm others or contribute to the proliferation of hate. Yet it appears that under the guise of free speech, you are prepared to give license to people who make it their purpose to do just that.” 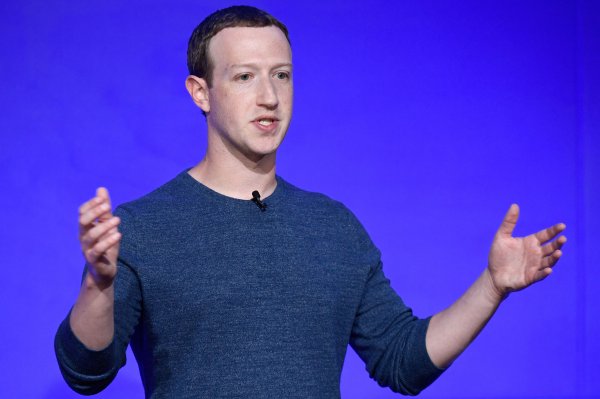 Zuckerberg Says He Didn't Intend to Defend Holocaust Deniers
Next Up: Editor's Pick