U.S. Airlines Are Editing Their Websites to Remove Taiwan's Name at China's Request

(Bloomberg) — U.S. airlines are altering their website displays for Taiwan, meeting a deadline set by the Chinese government for such references to reflect China’s claim on the island territory.

The U.S. carriers affected by the mandate — American Airlines Group Inc., Delta Air Lines Inc., United Continental Holdings Inc. and Hawaiian Holdings Inc. — now refer to Taiwan destinations only by the city names of Taipei and Kaohsiung, or by airport codes. Route maps may no longer display a country label for Taiwan.

“U.S. carriers, including Delta, are in the process of implementing website changes in response to the Civil Aviation Administration of China’s request,” the Atlanta-based airline said in a statement Wednesday. “We will remain in close consultation with the U.S. government throughout this process.”

The four airlines had hoped for a negotiated resolution between the U.S. and Chinese governments ahead of Beijing’s July 25 deadline. Other airlines, including Qantas Airways Ltd., Air France-KLM and Deutsche Lufthansa AG, have already cooperated with China’s wishes.

“We’re a business with significant international activities and we need to deal with regulations in all of those jurisdictions,” Peter Ingram, Hawaiian’s chief executive officer, said Tuesday. “And obviously, sometimes that can put us in challenging positions in one jurisdiction versus another.”

Hawaiian consulted with its U.S. peers and government officials in the U.S. and China before deciding how to proceed, he said. The company doesn’t fly to Taiwan but does sell tickets through a marketing relationship with China Airlines Ltd., which flies nonstop from Taipei to Honolulu. Hawaiian also operates its own service to Beijing.

The Civil Aviation Administration of China in April sent a letter to more than 40 foreign airlines telling them that they shouldn’t place China, Hong Kong and Taiwan on an equal footing, and must refer to “China Taiwan” or the “China Taiwan region.” Maps must display the territories in the same color as mainland China, the order said.

China recognizes some positive developments and corrections by foreign airlines, Foreign Ministry spokesman Geng Shuang said told reporters Wednesday. “China stands ready to share development opportunities with foreign enterprises,” he said. “At the same time, we hope they can abide by China’s rules and regulations.” The aviation authority didn’t have an immediate comment on the U.S. carriers’ actions.

China has waged a campaign to force global businesses to conform to its world view if they want to stay in its good graces. Democratically governed Taiwan has been a central issue among, especially after the Trump administration expanded ties with the island’s pro-independence president, Tsai Ing-Wen.

China and Taiwan have been ruled separately since Chiang Kai-shek’s Nationalist government fled to Taipei in 1949. China’s Communist Party regards the island as a province to be taken by force if necessary.

Hong Kong and Macau — also requested by the aviation authority to be referred to as Chinese territories — are special administrative regions that enjoy greater autonomy. The U.S. carriers similarly changed those references.

Airlines feared that a failure to comply would result in a penalty from China, threatening operations in the country’s fast-growing aviation market. Air India Ltd. chose to rename Taiwan as Chinese Taipei on its website after the threat of a “hefty’’ penalty for non-compliance, a spokesman said.

The White House in May dismissed China’s directive as “Orwellian nonsense,” saying it was part of a trend by the Communist Party to impose its political views on U.S. citizens and private companies.

Airlines made 7.95 million flights between China and the U.S. last year, up 5.8 percent. United, Air China and China Eastern together account for more than 50 percent of the market, followed by China Southern. 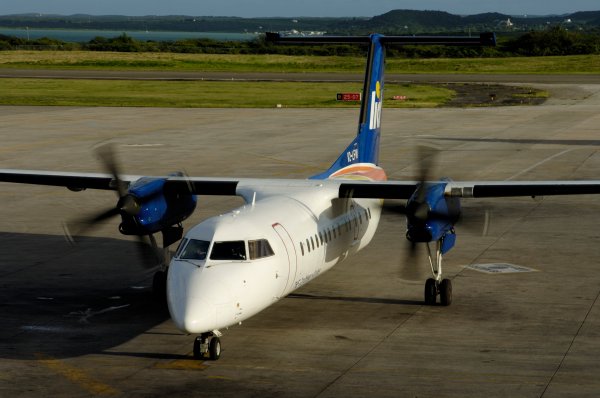 Here's Why You'll Probably Never Fly on a Propeller Plane Ever Again
Next Up: Editor's Pick