Most people are familiar with the steps they can take to lower their risk of heart disease and cancer. Choosing your diet carefully, exercising and quitting smoking have all been shown to lower the risk of these diseases.

But when it comes to dementia — including dementia related to Alzheimer’s disease — scientists haven’t found many actionable steps that people can take to lower their risk. Genes play a prominent role in who develops dementia, especially Alzheimer’s, and age is also a dominant factor in the degenerative brain disorder, but neither are under human control.

Now, in a presentation at the annual meeting of the Alzheimer’s Association in Chicago, researchers report some of the most encouraging evidence yet for one risk factor that people may be able to control to lower their risk of dementia: their blood pressure. In an extension of the SPRINT study which looked at how low blood pressure could prevent heart disease, scientists also found that lower blood pressure is linked to a lower risk of dementia.

“Controlling blood pressure is not only good for the heart but good for the brain,” says Dr. Jeff Williamson, chief of geriatric medicine at Wake Forest School of Medicine, and one of the lead investigators in the trial. “This is the first intervention of any kind that has been proven in a randomized controlled trial to reduce the risk of mild cognitive impairment.”

Williamson notes that the study did not confirm that lowering blood pressure can lower risk of dementia, but that may be because dementia takes longer to develop than MCI, and the study only followed people for an average of three years — long enough to detect probable dementia but not necessarily dementia, which can take longer to develop.

Still, it’s the first time that scientists have found something that can lower MCI risk in a rigorous, randomized controlled trial, and that could help reduce the number of people who might be affected by both MCI and even dementia in coming decades. “This provides great encouragement for people to say, yes, make sure your blood pressure is well controlled, because right now it’s one of the things you can do to prevent mild cognitive impairment. And this opens the door to testing more interventions.”

“This is a very big deal,” says Maria Carillo, chief science officer at the Alzheimer’s Association. “Now we have evidence that lowering blood pressure is linked to brain health as well. Before, it was strongly suggested, but now we know from a study that it can make a difference.”

For people who participated in the study, like 74-year old Margaret Daffodil Graham from North Carolina, the findings are a welcome relief. Diagnosed with hypertension while in her 30s, Graham has been taking medication to control her blood pressure ever since. She joined the study to ensure that her blood pressure was monitored and under control, and is reassured that doing so may keep her brain intact as well. “My thing is, don’t take my mind,” she says. “Just let my mind be okay. I can deal with my body failing, but without your mind, there’s nothing. So I do what I need to do to keep my body fit, and hopefully not lose my mind.”

As part of her regimen to control her blood pressure, Graham takes long walks, does her own yard work in the summer and makes regular trips to the local YMCA for weight training to maintain muscle strength.

For people like Graham, the study could make a difference in lowering their risk of developing dementia in coming years. Williamson says that the Alzheimer’s field has been frustrated in recent years by disappointing studies of new drugs that doctors hoped would be the first to actually treat the disease and slow or even reverse the damage to brain nerves that cause memory loss, disorientation and other problems with higher thinking skills. The possibility that lowering blood pressure, which is something that people can control, might lower the risk of developing dementia and even Alzheimer’s is potentially groundbreaking.

Another study, published in Neurology a week earlier, supported the idea that controlling blood pressure may affect dementia. In that study, researchers at the Rush Alzheimer’s Disease Center found that people with higher blood pressure tended to have more brain lesions, or areas of dead brain tissue, that have lost their blood supply, as well as tangles of tau protein, a hallmark of Alzheimer’s, which the researchers found when they performed autopsies on the participants.

That data, taken together with the latest trial results, supports the idea that keeping blood pressure under control may be a way that some people can slow the deterioration of the brain that can lead to dementia and even Alzheimer’s. “I like to illustrate the idea to my patients with the analogy of air pressure in our tires,” says Williamson. “You don’t want to have too low or too high pressure, or you will damage the tires. The same goes for blood pressure; over time high blood pressure can damage the walls of very fragile arteries that deliver blood to the brain and other organs. And that can produce some of the things we see associated with dementia — inflammation and small strokes.

More research needs to be done to explore the connection, especially since the volunteers in the study all have a history of heart problems, so it’s not clear how generalizable the results are to people without other heart problems but who might have high blood pressure. But the results an encouraging sign that finally, there may be something people can do to help their brain, body and dementia risk. 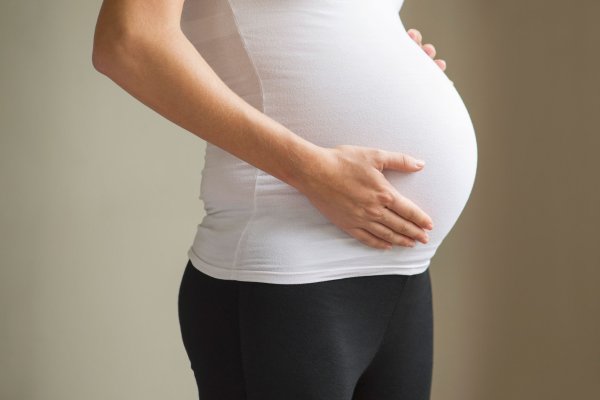 How Pregnancy May Affect the Risk of Alzheimer’s
Next Up: Editor's Pick