DEET Is the Most Effective Bug Spray. But Is It Safe?

Sure, itchy bug bites are a nuisance. But for those living in parts of the country where mosquito or tick-borne illnesses are common—and these days, that’s most of us—bug-repellent sprays and liquids are an important safeguard against Lyme disease, West Nile virus and other serious health conditions.

The annual number of people sickened by mosquitos or tick bites has more than tripled since 2004, according to the CDC. The World Health Organization has concluded that climate change is a likely contributor to these increases, which are predicted to continue as warmer global temperatures expand the habitats of mosquitos, ticks and other disease-spreading bugs.

For all of these reasons, more and more people are looking for safe and effective ways to keep biting bugs at bay. And a 2002 New England Journal of Medicine study concluded that the chemical N,N-diethyl-m-toluamide—more commonly known as DEET—is among the most effective ways to prevent bites.

“I use DEET all the time when I’m working in the field,” says Jonathan Day, a professor of medical entomology at the University of Florida.

DEET seems to work by binding to CO2 receptors in the nose-like appendage a mosquito uses to probe a person’s skin for blood, Day says. Rather than kill the mosquito, DEET somehow blocks the insect’s ability to feed. “It works on contact—not on smell—so mosquitos will still land on you but they won’t bite,” he explains. (DEET seems to work in a similar fashion on ticks, although the exact mechanisms by which DEET repels bugs is a point of debate among researchers.)

Day calls DEET the gold standard of repellants, and one that is nearly always harmless when applied appropriately. “It is very safe,” he says. “Some people are sensitive and may have a skin reaction”—which could include an itchy or swollen rash—”but it’s not harmful otherwise.”

Still, DEET has a scary reputation. Day says this stems from several cases from the 1980s of people dying after drinking DEET. Also, thanks to their similar handles and applications, DEET is sometimes confused with DDT, a now-banned chemical insecticide that can promote cancer and birth defects.

There have also been scattered research reports tying DEET to health concerns. One 2009 study concluded that DEET may prevent the normal breakdown of acetylcholine, a nervous system chemical that triggers movement and muscle activity. Some older research has also tied DEET to seizures or brain toxicity in children. And there’s some theoretical concern—though not hard evidence—that DEET mixed with sunscreen or other insecticides could promote health issues that haven’t turned up in DEET-only research.

But all of these potential issues are debated or have been debunked, and experts who have studied DEET say it’s safe. “There are no significant health risks when using DEET repellents in the general population, either [in] adults or children,” says Jeffrey Bloomquist, a professor of insecticide toxicology at Florida.

Bloomquist’s research has failed to find much evidence that DEET, except in very high concentrations, can disrupt acetylcholine breakdown in humans. Also, both the CDC and EPA have repeatedly examined DEET and deemed it safe for consumers—even when combined with sunscreen. Studies on the use of DEET among pregnant women have failed to find any harmful effects. And even if DEET leaches into drinking water sources, it doesn’t seem to cause any health issues when consumed in those trace quantities.

“There could be bad reactions if it’s misused—like if you drink it or breathe it in,” Day explains. DEET can also cause temporary numbness if it gets onto your lips or into your mouth. “But it’s safe when used properly,” he adds.

To use DEET properly, spray it on your hands first, and then rub it on the parts of your body you wants to protect and that mosquitos like to bite—like ankles, wrists and neck. Day says this mode of application eliminates risk of DEET inhalation, lip numbness or accidental swallowing. (The makers of common DEET products recommend this spray-your-hands-first method when applying DEET to your face or to a child.)

Also, avoid spraying it in enclosed areas to avoid vapors, Bloomquist says. “Damaged skin should not have DEET applied to it, because it may exacerbate problems like skin irritation.” He also recommends keeping DEET out of kids’ hands; apply it for them to make sure they’re not inhaling it or getting it into their eyes or mouths. Wash DEET off when you come indoors.

Finally, understand that the percentage of DEET a product contains—usually somewhere between 5% and 30%—affects the length of time it will keep bugs away, not how potent or effective it will be. “A 7% DEET will give you about 90 minutes of protection, and you can always reapply it as needed,” Day says. A 30% product, he says, will last up to 10 hours.

Experts will continue to study DEET for health concerns. But the existing research suggests that applying DEET is a safe, effective way to protect yourself and your family from potentially disease-carrying bugs. 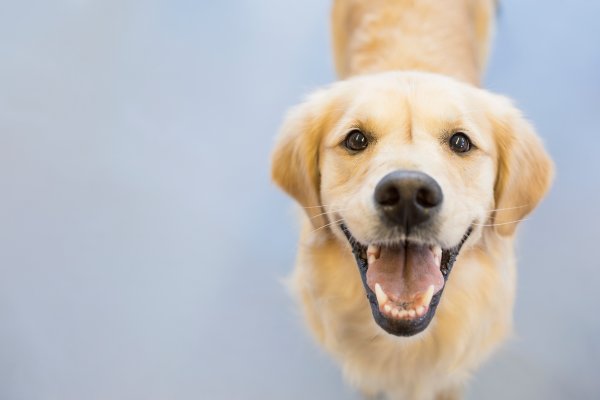 Here's More Proof That Your Dog Really Does Love You
Next Up: Editor's Pick