The Endangered Species Act Is Criticized for Its Costs. But It Generates More than $1 Trillion a Year

Critics of the Endangered Species Act often couch their concerns in terms of the damage that it does to specific industries.

Speaking at a hearing on the law last year, Republican Sen. John Barrasso of Wyoming went through a laundry list of economic interests he said were being harmed by the 1973 law.

“States, counties, wildlife managers, home builders, construction companies, farmers, ranchers, and other stakeholders are all making it clear that the Endangered Species Act is not working today,” he said.

But as the Trump Administration prepares a set of regulatory changes that could dramatically undermine the law, some supporters are highlighting the economic benefits of protecting endangered species.

They note that the law doesn’t just protect individual species, it also protects the ecosystems that support that species. That work sustaining natural lands and the species that call them home helps ensure everything from a hospitable climate to clean drinking water.

Economists often describe this broad set of benefits as “ecosystem services,” and their value to the U.S. economy is enormous. Think of bees that pollinate more than 90 commercial crops in the U.S. like fruits, nuts and vegetables or birds that eat mosquitoes that would otherwise spread disease to humans.

A 2011 study prepared for the National Fish and Wildlife Foundation, a government-affiliated conservation group, tabulated the total value of ecosystem services at about $1.6 trillion annually in the U.S. The value totaled more than $32 billion in National Wildlife Refuges protected under the Endangered Species Act.

Preserving wildlife also offers a more direct benefit by supporting local tourism and improving residential land values nearby nature preserves. The National Fish and Wildlife Foundation study found that land under the purview of the Army Corps of Engineers generated $34 billion in sales and supported hundreds of thousands of jobs.

The economic costs are real too, but they tend to hit specific industries rather the country at-large like many of the benefits. The law has complicated efforts by the oil and gas industry to develop millions of acres of land rich in fossil fuels. The logging industry has cited the law as a barrier to its growth. And farmers who own their land cannot develop it in many cases as they continue to face tough market conditions for other reasons.

Changes from Republicans in Washington would prioritize these industry concerns. In 118 pages of technical documents, the Department of Interior outlined a slew of changes to how the agency implements the law. The rule change would tighten standards for protecting new land, potentially allow regulators to ignore the effects of climate change on a species and, perhaps most significantly, allow for cost considerations when previously decisions were made on science alone.

Those regulatory changes join a slew of proposals under consideration in Congress where top Republicans have sought to undo parts of the 35-year-old law for years. Among other things, the proposed changes to existing law include several measures to reject endangered species status for specific animals like the sage grouse, a chicken-like bird that roams much of the west.

Tinkering with the Endangered Species Act isn’t a political winner with polls showing most Americans broadly supporting the law, along with other environmental protections. But Democrats argue that their Republican counterparts have bet that reforming the popular law are ok with that so long as they reward the interest groups that helped put the current Republicans in office in the first place.

“The Trump Administration doesn’t seem to know any other way to handle the environment than as an obstacle to industry profits,” said Arizona Rep. Raúl M. Grijalva, the ranking Democrat on the House Natural Resources Committee, in a statement. “If a single company can make a single dollar from the destruction or displacement of an endangered species, it’s full speed ahead.” 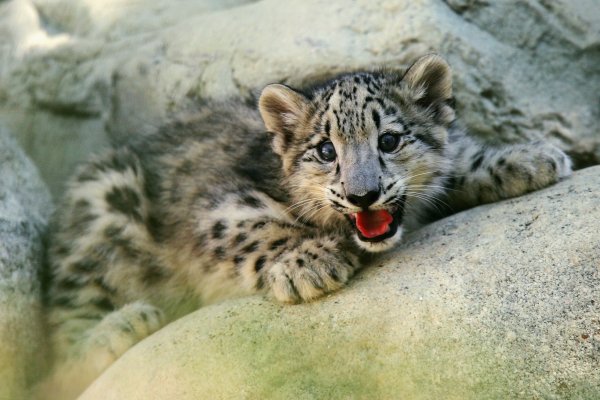 Here's Why the Endangered Species Act Was Created in the First Place
Next Up: Editor's Pick