The World Health Organization (WHO) has announced the end of the Ebola outbreak in the Democratic Republic of the Congo (DRC)—the country’s ninth outbreak of the deadly virus—after a total of 53 confirmed and probable cases were reported, including 33 deaths.

“The outbreak was contained due to the tireless efforts of local teams, the support of partners, the generosity of donors, and the effective leadership of the Ministry of Health. That kind of leadership, allied with strong collaboration between partners, saves lives,” said WHO Director-General, Dr Tedros Adhanom Ghebreyesus in a statement.

The Ebola outbreak was declared over when there were no further cases reported and two full incubation periods of 21 days had passed after the last person was treated for the virus tested negative for the disease. The last patient was released in the Democratic Republic of the Congo on June 12, according to CNN.

The WHO responded rapidly to the Ebola outbreak, which included four separate outbreak locations as well as an urban area near a river that connected to the country’s capital city and other areas with lots of residents. The fear among health workers was that virus would spread to an area with lots of people, and become difficult to contain.

During the 2014 outbreak of Ebola in West Africa, during which more than 11,000 people died, the WHO was criticized for responding too slowly to the public health emergency. This time, when the agency announced there was an Ebola outbreak in the DRC, the WHO immediately released contingency funding for emergencies. In total, the WHO used $4 million from the fund to fight the outbreak. Other countries provided supportive funding as well.

Health responders also had access to an experimental vaccine during this Ebola outbreak. More than 3,000 people were given the vaccine, which is made by the pharmaceutical company Merck.

Outbreaks of Ebola, which can spread from animals like bats to humans, are not common, but experts think that the large forests in the DRC are what help make it a reservoir for the virus. Scientists are still learning about the virus and how to treat it, and there remain occasional surprises. In a recent study, doctors reported that a Liberian woman who contracted Ebola in 2014 may have infected three other relatives a year after she was sick. Researchers think prolonged spread is likely very rare, but the new finding underscores the need to continue following and monitoring survivors of the disease. 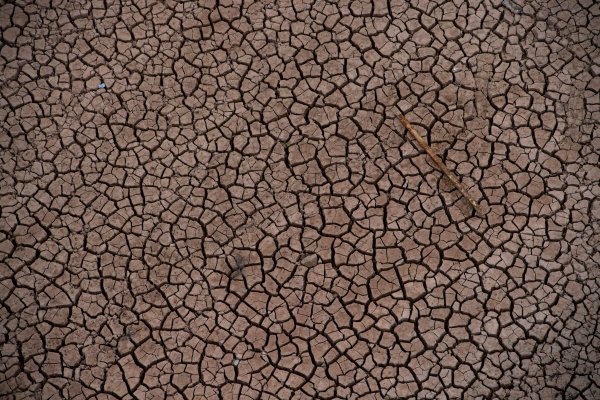 A New Study Links Rising Temperatures to an Increased Risk of Suicide
Next Up: Editor's Pick