A new Netflix Original documentary sheds light on a topic that’s opaque to many: the medical device industry in America.

The film, called The Bleeding Edge, claims that the way medical devices make it to the U.S. market is lax and potentially dangerous. The filmmakers interview doctors and patients who say they’ve been personally harmed by an array of devices—including cobalt-based hip replacements, vaginal mesh and robotic surgery devices—and who feel that the guardian group of the medical device industry, the U.S. Food and Drug Administration (FDA), is not doing enough to protect them.

It’s normal for medical devices to come with risks for adverse reactions, and it’s a physician’s responsibility to discuss those risks with their patients. However, medical devices often escape scrutiny on their path to the American market, the filmmakers say, and demand more research and testing than they currently have.

The FDA began regulating approvals for medical devices in 1976. Little has changed about the process since then, but the devices have: critics in The Bleeding Edge argue that medical devices today have become much more complex, and testing requirements haven’t evolved along with them.

Their main concern is a loophole which allows many devices to reach the market without much clinical testing. New devices are supposed to go through a pre-market approval process similar to a new drug, which requires that the device be tested in humans to show it’s both effective and safe. Yet because so many new devices are brought to market, including new iterations of already approved devices, some medical companies argue that it’s too expensive to send each device through massive amounts of clinical testing.

To address that, a provision called the 510(k) pathway was created, whereby a manufacturer can also obtain approval if they can prove that their device is “substantially equivalent” to another device already on the market. The problem, the film argues, is that while that pathway was supposed to be an exception, it’s become a common way devices are approved for sale, and sometimes, it creates an approval chain of devices that are on the market without recent testing.

“That provision, which was meant as an exception, in essence [is] a loophole,” says Dr. David Kessler, a former FDA commissioner, in The Bleeding Edge. “[It] became the rule, so that the vast majority of devices today regrettably are regulated under this framework.”

The topic is a timely one, and there are signs that oversight is weakening even further. In June, the Trump administration released its proposed plans for an FDA reorganization, which would limit the agency’s purview, rather than expand it.

One of the devices targeted in the film for not undergoing enough pre-market testing or oversight has also recently come under fire. Just a week before Netflix released The Bleeding Edge, Bayer, the pharmaceutical company behind Essure—a controversial, permanent form of birth control that, when placed inside the fallopian tubes, creates scar tissue that prevents pregnancy—announced it was dropping the product.

More than 16,000 lawsuits have been filed against Bayer over Essure, with women citing complications like migraines, hair loss, organ perforation and even unintended or dangerous pregnancies, according to ConsumerSafety.org. Many of these women have banded together online in Facebook groups, and the documentary follows several of the women who have been affected. Some women said the coils came loose, causing severe bleeding and the need for surgeries, including hysterectomies.

On July 20, Bayer announced that Essure will no longer be available in the U.S. “This decision is based on a decline in U.S. sales of Essure in recent years and the conclusion that the Essure business is no longer sustainable,” Bayer said in a statement. The company also says that the device is safe, writing in a statement on Thursday that, “Bayer is reminding women with Essure that the safety profile of Essure, the only Food and Drug Administration (FDA)-approved non-incisional form of permanent birth control, remains positive and unchanged.”

“This is exactly why we do this work,” said Kirby Dick, one of the filmmakers of The Bleeding Edge, in a statement about the announcement. “This film has already changed policies and changed history.” 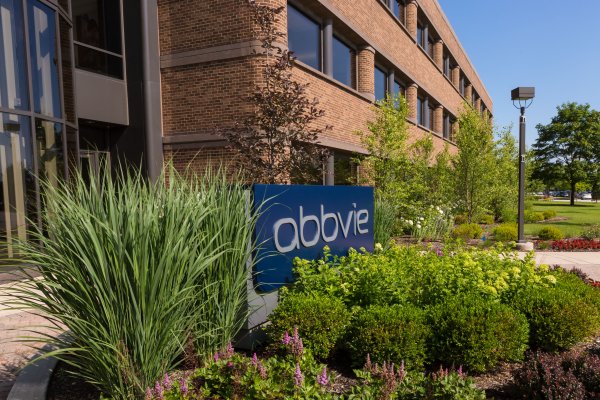 The FDA Approved the First New Endometriosis Treatment In a Decade
Next Up: Editor's Pick