Serena Williams might be a 23-time Grand Slam champion, but it looks like she’s winning off the court as well. The tennis superstar, who just finished competing in the Wimbledon finals, recently took a spontaneous trip to Venice, Italy thanks to husband Alexis Ohanian.

In an Instagram post on Ohanian’s account, the Reddit founder revealed that Williams expressed a craving for Italian food for dinner, so he whisked her away to Italy, as one does, setting a new bar for relationship goals. Ohanian also shared on social media that they rode on a gondola on Venice’s famed canals. While the Williams-Ohanian family departed Venice at the end of the weekend, Ohanian shared that the city “made a great first impression on the family” and that they would “certainly be back.”

Italy holds a special place for Williams and Ohanian; it’s where the happy couple first met each other in 2015, at Rome’s Hotel Cavalieri, the same location that Ohanian proposed to Williams in 2016. See their Venice adventures below. 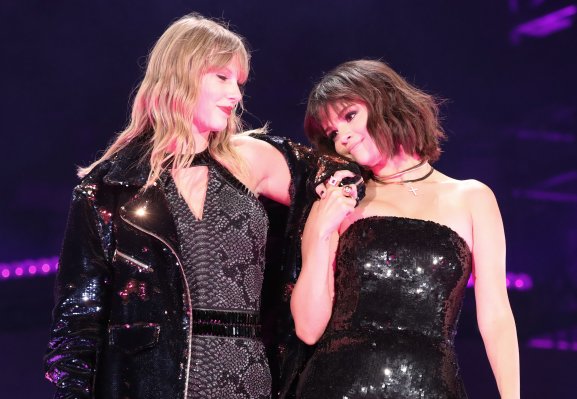 Taylor Swift Celebrated Selena Gomez's Birthday With a Cake
Next Up: Editor's Pick