Over the past two weeks, Republican lawmakers, lobbyists and the Trump administration have proposed, introduced and in some cases voted on legislation and amendments to the Endangered Species Act.

This act, which has been in place since the Nixon administration, protects threatened species from logging, drilling and other human activities that would destroy habitats and cause the extinction of wildlife. But, with deregulation a signature goal of the Trump administration, an effort to declaw the act is underway. For example, legislation proposed on Thursday by the Interior Department would add economic considerations into the calculus on adding or keeping species on the “endangered” or “threatened” list, among other changes.

As politicians and environmentalists debate the merits of the law, a question is raised: what were the reasons behind the law’s initial creations, and why does it look the way it does?

When it was passed in its current iteration, the Endangered Species Act was hailed as a win for conservation at a time when the environment was seen by many as a non-partisan issue. “Nothing is more priceless and more worthy of preservation than the rich array of animal life with which our country has been blessed,” stated President Nixon, according to his presidential archives.

At the time, awareness of ecological issues was spreading in the United States and Nixon had already made the environment a major issue of his presidency. In January of 1969, the very beginning of President Nixon’s first term in office, there was a major oil spill off the coast of Santa Barbara, Calif. The incident served as the impetus for Nixon’s focus on “preserving the [country’s] beauty and natural resources that are so important.” He would go on to created the EPA and sign the Clean Air Act and the Clean Water Act into law. The Endangered Species Act was just one part of his contributions to environmental conservation.

So, while Congress passed the act as we know it on Dec. 28, 1973, the move came with legislative precedent: In 1966, environmental activism pushed congress to pass the Endangered Species Preservation Act, which authorized land acquisition to conserve some species of native fish and wildlife, according to the U.S. Fish and Wildlife Services. In 1969, congress expanded the act to create a list of endangered animals — including crustaceans, mollusks, mammals, fish, birds and amphibians — that could not be imported without a permit. This list became the very first iteration of a federal endangered species list.

Before these developments, private institutions such as zoos had taken the lead on working to conserve and save endangered species. In 1964, for example, LIFE magazine reported on the 19 U.S. zoos that formed the Wild Animal Propagation Trust, which created “special survival and propagation centers where pairs and herds of endangered species can propagate in peace and quiet.” In these zoos, endangered species like bongos, pygmy hippos and white rhinos were studied so the zookeepers could create a more natural mating environment that the trust hoped would help the species regenerate and eventually be released back into the wild. But the threat to many species — including species native to the U.S. — was still increasing. According to a 2015 study done by National University, the extinction rate for wildlife because rapidly increasing in the early 1900s. Only two mammal species would go extinct every century from the 1500s to the 1900s, but the beginning of the 1900s saw that rate increase dramatically with 468 more animal species going extinct than in previous centuries. By the ’60s and ’70s activists were noticing these trends, leading to worldwide concerns about endangered species conservation.

With the creation of the endangered species list in 1969, the conservation of threatened species was legitimized on the national scene. But, it was not until the passage of Nixon’s Endangered Species Act of 1973 that all endangered species — including grasses, flowers and trees — were included on the list. According to the EPA, the act “prohibited federal agencies from authorizing, funding or carrying out any action likely to jeopardize the continued existence of any listed species or result in the destruction or adverse modification of designated critical habitat of such species.” The act also defined what it means to be an endangered species.

The expansion of the law was a product of the Convention on International Trade in Endangered Species of Wild Fauna and Flora (CITES), which was held in Washington, D.C., in March 1973. The convention gathered 80 different countries to try to stop international trade of endangered species without a permit. Later that year, U.S. legislators then proposed and passed their own domestic act inspired by the worldwide expansion of conservation.

With international cohesion on the issues of protecting wildlife at its peak during the conference, it was the perfect time fore Nixon to expand the 1966 law to protect more domestic species in compliment with the sweeping protections of international species already in place. CITES also influenced lawmakers to include key parts of the domestic legislation, like providing funding for land acquisition for foreign species and implementing CITES protection in the United States, which means that the law protects not only American plants and animals but also wildlife from around the world. (For example, if someone killed a snow leopard abroad and tried to sell the pelt in the U.S., they would be subject to punishment by American authorities.)

Though it has been amended since, that law has protected endangered species for 45 years.

Since its implementation, the Endangered Species Act of 1973 has garnered both praise and controversy. Some believe it has stymied U.S. commercial land use and the ability to reap economic resources from the environment. In 1978, for example, TIME reported that the conservation of a single wildflower, Maine’s Furbish lousewort, blocked a $668 million hydroelectric project — prompting one reader to write in with the declaration that, “If I were an out-of-work construction worker in Maine, I would sure take care of the Furbish lousewort — probably at night.” Yet, the legislation also saved the Bald Eagle, the Gray Wolf and the Peregrine Falcon, and is credited with saving 99% of the more than 1,600 species protected by the law. Norm Dicks, a former U.S. Representative, once said the “Endangered Species Act is the strongest and most effective tool we have to repair the environmental harm that is causing a species to decline.”

Whether the law continues to exist in its current form remains to be seen, though it’s clear the act has become a bone of contention in party politics — a situation that might have surprised those who first saw it to fruition.

“Restoring nature to its natural state is a cause beyond party and beyond factions,” Richard Nixon said in 1970. “It has become a common cause of all the people of this country,” 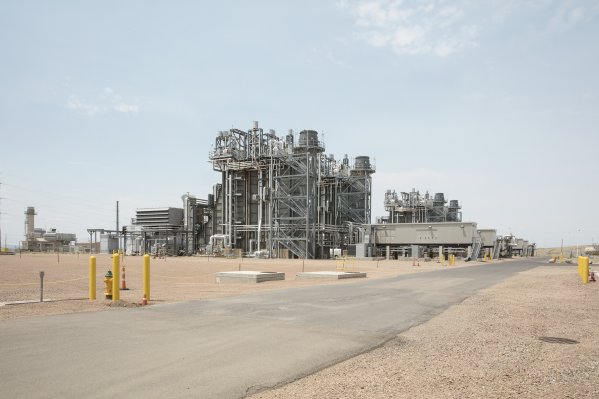 How One Industrial City Is Fighting to Go Green
Next Up: Editor's Pick