She Was Told She'd Never Be Able to Be a Mother and an Executive. Now She's CEO of a $23 Billion Company

Barbara Humpton entered the engineering world in the early 1980s when she says men largely dominated the field and some women even postponed having children to pursue better work opportunities. So in 1990, when she was a software programmer and a rising star at IBM, she bit her tongue as a male mentor, who was assigned to her, told her to choose between being a mother and an executive.

“In the moment, I said nothing,” she says, adding that he said it to her after the birth of her second child. “I sort of took it as a verdict. This is the way it’s going to be.”

Humpton chose to buck that way of thinking and be both. And in June, the 57-year-old became the U.S. CEO of Siemens, a Germany-based industrial manufacturing company that produces power plants and other products, including electric locomotives and health care technologies. The promotion came about a decade after Humpton held senior leadership roles at other major technology firms, including Lockheed Martin, and Siemens Government Technologies, which works with the federal government on energy and infrastructure projects.

“There was a voice in my head saying, ‘I’m not a quitter,’” Humpton says.

Now tasked with overseeing the company’s 50,000 American workers for Siemens and more than $23 billion in revenue, Humpton says having a strong support network at home and at work helped her overcome hurdles and dismiss doubts. It was that support network that helped her navigate the beginning of her career when powerful men told her she should have been a math teacher instead of a businesswoman, or that she should give up her career to take care of her kids at home.

“Half of it is having that life partner,” says Humpton, who lives with her husband David in Washington, D.C. “He, all along, said, ‘You love what you do. Keep doing it.’ It was just that simple of a message.”

The other half was having a small circle of trusted colleagues. “Having the sounding boards and the venting spaces so that when things get frustrating, someone could give you the courage to speak up and say something about it. I think that’s healthy,” she says.

The Virginia-raised executive with a lengthy background in national security says she used to kick herself for questioning the worth of her contributions. At meetings, she would refrain from sharing certain ideas or asking questions, only to have a colleague say what she was thinking seconds later. Now, there’s no hesitation. “I do have something to say that others will value, whether they are men or women,” she says. “The first step is really knowing when to speak and the second step is to speak up because it really makes a difference.”

Having strong female role models also helps. Over the last decade, Humpton has had at least two female bosses, Lisa Davis and Judy Marks, who both held the CEO title at Siemens USA as Humpton rose in the ranks. “Both of them have come with an extremely focused business acumen,” Humpton says. “We experienced strong business results under their leadership. My goal is to keep that train rolling.” Following in their footsteps, Humpton says, also helped her beat back stereotypes at the office. “It was tremendously valuable to have them come before me,” Humpton says. “Many times when I’ve entered the room and I’ve been the only woman in the room, people make the assumptions that I’m not going to be as aware, assertive or aggressive.”

“To have a Judy and a Lisa really guiding the team,” she adds, “they removed any question about whether a woman could lead this business.”

In turn, Humpton has paid it forward. While Humpton was still CEO of Siemens Government Technologies, she recommended Anne Altman, former general manager of federal and government industries at IBM, to fill the role of board chair. Altman got the job, according to a company announcement in January.

And though Humpton succeeded two CEOs at Siemens USA, it’s still rare to see a female CEO in America. A recent Associated Press-commissioned analysis found women only make up 5 percent of CEOs at S&P 500 companies. Since the 1980s, the engineering field has improved to include more women, but the figures are still low, according to the American Society of Mechanical Engineers. In 2017, the most recent year with available data, only about 16 percent of those employed in architecture and engineering jobs were women, the Bureau of Labor Statistics said. A 2015 study, published in the journal Work and Occupations, suggests women who leave engineering to pursue a different career may be doing so because they feel marginalized in the masculinity-heavy culture, particularly during team projects. Still, Humpton encourages more young women to pursue a career in engineering and to seek out empowering mentors who they would naturally work with.

“Speak up and be brave,” she says.

At the helm of Siemens, where she’s busy pushing forward critical technologies she says will make cities more livable, Humpton remains as devoted to her family as ever. After wanting to be a grandmother since middle school — she wrote in an essay for class once that she wanted to be a grandma when she grew up — Humpton now has two young grandsons, who live nearby, which she says is magical. And she’s glad she didn’t listen to the men who discouraged her when she was younger. 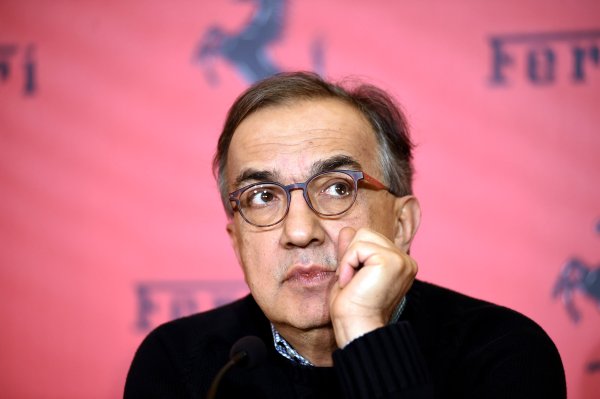