Is it the End of the Road for the World’s Cheapest Car?

“It used to get more attention than a Lamborghini on the road,” Cyrus Dhabhar says.

The automotive journalist is talking about the Tata Nano, an Indian compact vehicle that was hailed as “the world’s cheapest car” when it was unveiled in 2008. It’s tough to imagine any vehicle generating more curiosity than an iconic supercar like a Lamborghini. But the Nano captured the world’s imagination when Ratan Tata, head of the Tata business conglomerate, drove it onto the podium at the 2008 India Auto Expo in New Delhi.

The initial price Tata put on it was 100,000 Indian rupees (about $2,500 at the time). ”Everyone was so impressed because no one expected to see that sort of car for that price,” Dhabhar, who was at the unveiling, tells TIME.

The “people’s car,” as Tata called it, was meant to be a small, safe, family-friendly—and of course affordable—alternative to the motorcycles and scooters that are popular runabouts for India’s middle classes. Tata first envisioned the Nano when he saw a family of four perched precariously on a two-wheeler. It was a great concept and one that was executed well. The asking price was also a great hook, although in practice, with taxes and popular add-ons like power steering and air-conditioning, Nanos never really left the factory that cheaply.

Sameer Shah, a businessman, has been among the Nano’s many believers, buying three over the years.

“It was a full paisa vasool or value-for-money car,” he says.

The Nano, however, was not always bought by the people it was intended for. Many were purchased by affluent Indians, purely for their novelty value. Dhabhar speaks of a friend, who owned several other cars, paying a premium to get his Nano shipped early. It became, in effect, a grown-up toy.

Back in the early 2000s, close to 500 engineers and designers spent four years developing the car. Their achievement was was recognized with a prestigious Edison Awards in 2010 for best new product under the transportation category.

But now, sadly, the Nano’s decade-long story doesn’t seem like it will have a happy ending. Tata Motors’ June numbers show that it sold just one Nano and produced three units of the car in that month. That’s a drastic drop from the 275 units produced and 167 sold in the same month last year. The numbers have been steadily dropping over the past year or so, leading many to predict the Nano’s demise.

“We are well aware that the Nano in its present form cannot continue beyond 2019 and may need fresh investments to survive,” said Tata Motors in a statement after the dismal June showing.

Would you be seen driving one?

The Nano faced obstacles even before the first ones reached consumers. Its original factory, in Singur, West Bengal, was mired in controversy after issues over land acquisition came up in 2006. Local farmers claimed that the site, which sits by an expressway linking the cities of Kolkata and New Delhi, was made up of forcibly acquired plots. Mamata Banerjee, a popular politician in the state, went on a 25-day fast to oppose the factory and violent protests broke out in the area.

After two years of political opposition and judicial wrangling, Tata Motors decided to move the plant to a dedicated facility in Sanand, in the western state of Gujarat. But it was only able to set that up in 2010. In the meantime, orders piled up. To deal with the backlog, Tata Motors introduced a lottery system for the first 100,000 buyers, with remaining customers were put on a waiting list. Consumers were frustrated and the car got some bad press.

Safety issues posed another speed bump. A handful of early owners reported their cars emitting smoke and catching fire. Tata Motors dealt with the situation swiftly by offering free upgrades and conducting investigations into the incidents. The faults were found to be restricted to a few cars and not a mass problem that would force a recall—however, images of burning Nanos on Indian roads became cemented in the minds of many.

Ironically the biggest challenge the Nano faced was shaking off the factor that made it remarkable in the first place—its rock-bottom price. The problem with selling the world’s cheapest car, Tata Motors soon realized, was that it made no allowances for the fact that consumers are aspirational. The businessman Shah said that he heard many people say they would rather buy a second-hand car of a better model for the price of a Nano than buy a new Nano. Ratan Tata himself admitted to the branding mistake, saying the car should have been sold as India’s “most affordable” instead.

Over the years, the Nano’s sales steadily dropped and its price steadily rose. According to a statement from Cyrus Mistry, former chairman of Tata Sons—the holding company of Tata Motors—management unanimously decided to stop general production of the Nano sometime in 2016. Dealerships stopped placing orders for the car in the second half of 2017. The car is now only produced if orders come through.

To date, close to 800,000 Nanos have been sold in India. But looking ahead, the Nano might live on in modified form. In November 2017, Tata Motors announced a joint venture to supply the Nano’s body for an electric car called the Neo, with Jayem Automovites taking care of the components and production.

For Nano fans like Shah—who said he was “really sad they might stop production”—the partial reprieve is good news.

Dhabhar isn’t so sure about the project, because he believes India lags behind others when it comes to the technology for electric vehicles. But he’s certain that whatever the marque’s fate, the original car will be remembered in a positive light.

“It’s a great piece of engineering and really fun to drive,” he says. 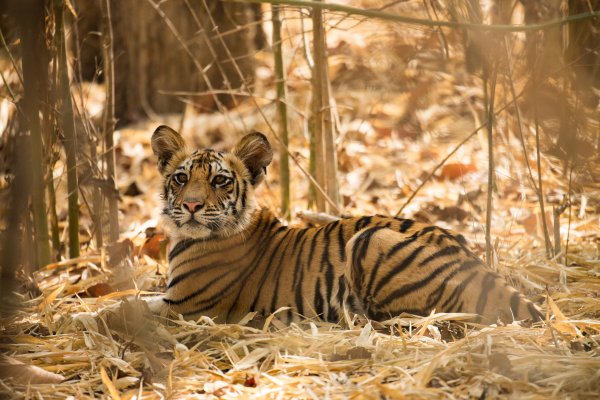 How India Is Fighting to Protect the World's Tigers
Next Up: Editor's Pick