I have vivid memories of the day I arrived at the Fashion Institute of Technology 20 years ago, and the great sense of anticipation that I felt about the opportunity to lead such a creative institution. A career in education was never part of my vision, but that’s exactly where life led me. And thinking back, perhaps I should have known. I was raised in an apartment overlooking the campus of the City College of New York, and as a little girl, I spent countless hours peering out our window at the multitude of students walking to classes with their important-looking book bags. I was enraptured by the students I could see hovering over their microscopes in the science building directly across the street. I was obsessed with their motivation to do this every day and well into the night. I couldn’t wait to go to college — to carry my own book bag — and with a growing curiosity about human behavior, I decided to become a psychologist.

I earned my Ph.D. in counseling psychology at New York University. I had to support myself while in graduate school, so it took over ten years. I took a full-time job as a financial aid counselor at the Borough of Manhattan Community College (BMCC) during this time. This was a public college, a part of the large City University of New York (CUNY) system, which has historically educated thousands upon thousands of local students, many financially needy, many at-risk, despite their obvious talents. It was here that I personally witnessed the transformative power of education — the way it opened new vistas for young people, stimulated ambitions and infused them with confidence. I saw the sacrifice that was required for these students to stay in school. A number of years later, I began seeing clients in my work as a psychologist and found the work to be comparatively — and surprisingly — limiting. I reflected on the work I had done thus far at BMCC and realized that as an educational administrator, I would be able to focus on, and help, the many rather than the few.

I spent 30 very eventful years at CUNY before I arrived at F.I.T. As an African-American woman, access, equity and inclusion have always been paramount among my priorities, and over the years I was able to, among other things, work with New York’s public schools to develop programs that offered opportunity and access to the city’s diverse student population. I was able to serve a wide array of students through services that included psychological counseling and academic advisement. In 1990, I was named acting president of CUNY’s Bernard Baruch College. It was there that I had one of many incidents that, taken together, comprised my “presidential” baptism by fire. This one was thanks to a group of students who, one winter night, took over campus offices to protest a pending tuition hike. In that instance, I was able to bring the takeover to a peaceful détente — and even won over some of the protesters when I arranged for them to tell their stories to legislators at the state capitol.

To each position, and each situation, I brought what I called my psychologist’s “third ear,” my ability to truly discern the needs and concerns that were being expressed by students, faculty or staff members seeking relief. It enabled me to appreciate the varying and often dissenting points of view that are inevitable in large organizations, particularly in academia, where there are often competing and very real unmet needs. Indeed, it was the “third ear” that helped me communicate effectively with the Baruch protesters. I came to realize that to be a successful leader, I would have to build consensus out of all those disparate voices.

As the president of F.I.T. — a public college with a dynamic population of almost 1,500 faculty and staff and over 10,000 career-focused students whose talents are dazzling — I recognized the importance of being inclusive and building trust. I started in 1998 when the world was in the midst of a technological revolution. The consequences for the college would be huge in terms of the new technology’s cost, its impact on curriculum and even on the school’s culture (not everyone was ready to embrace technology at the time). In order to take on that challenge, as well as all the others any college faces, I would have to find a way to establish a college-wide consensus around our mission, vision and aspirations. I would need buy-in from every corner of the community.

Boring as it might sound to the outsider, the fact is that we established a strategic planning process with lofty goals and rigorous timelines — and it worked. We engaged professors, administrators, students, trustees, donors, industry leaders and alumni in intense, focused discussions, both in large and small groups. People from all across the campus found themselves in conversation or working together in committees to exchange ideas and sort out critical agendas. They met over breakfast and held roundtable dinner conversations. Through this kind of dialogue and consensus building, faculty members began to feel empowered to explore technology and all it could offer in our classrooms and labs.

As part of the process, we examined the curriculum. To me, it was clear that the liberal arts at F.I.T. needed to be strengthened. Not everyone agreed. F.I.T. is a career college, after all, and many in the community, including students and their parents, did not believe that history or English or foreign languages were relevant for future designers, merchandisers or entrepreneurs. I invited CEOs of major companies to F.I.T. who stressed the importance of having employees who can write and present, who know history, who are culturally aware and who can work with global partners. They all asserted that they needed employees who think critically. All of this can be learned through liberal arts.

Fast forward to today and the college is a hub of creative experimentation and innovation. We teach AR and VR in our classrooms and studios. We are opening an innovation center. We have a technology-rich faculty research space and many award winning science and design experiments that are changing the image of F.I.T. Today, we count companies such as Infor and IBM, and institutions such as MIT and Stony Brook as partners. And I am delighted to say that our School of Liberal Arts now offers two degrees as well as 25 minors to our design and business students.

All of this came about because the members of the community owned the process and the outcome. It was their ideas that ultimately drove our plan. Over the years, we built a shared vision of F.I.T.’s future and a roadmap for getting there. In fact, we are about to embark on our fourth revision of the strategic plan. It has been a rewarding and interesting journey and as I look back over my tenure at F.I.T., I see a radically changed institution and I am grateful for the serendipitous opportunity to use my “third ear” and implement the transformative power of education to touch so many young lives. 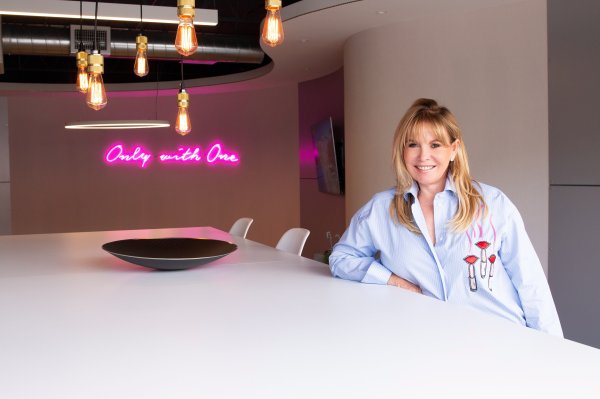