The fatal Missouri duck boat incident that left 17 people dead is the latest to fuel questions about whether the popular tourist attractions are safe.

Officials said they still don’t know whether boat operators had checked storm warnings and whether passengers were wearing life vests when their boat capsized during a heavy storm that hit Branson, Missouri on Thursday. While concerns over the safety of duck boats are not new, the Missouri incident reignited conversations about the dangers posed by the vehicles.

Lawyers who represented the families of two students who died in a 2010 duck boat sinking in Philadelphia have been calling for a ban on the amphibious vehicles since then.

“Duck boats are death traps,” attorney Robert Mongeluzzi tells TIME. “I have been their fiercest critic for 10 years. I had asked and demanded that they be banned in 2010, and the very thing that we complained about is the very reason why they killed 17 people yesterday. And the question I ask is, how many more kids and men and women are you going to kill before you stop?”

Some cities have added regulations, such as blind-spot cameras to prevent accidents on the road and an extra employee to serve as a tour guide while the other focuses on driving. But Mongeluzzi says the “fatal flaw” of duck boats — their canopies — remains unchanged despite findings that show they can be hazardous when sinking.

A report by the National Transportation Safety Board (NTSB) about the 1999 sinking of the Miss Majestic duck boat on a lake in Arkansas — an incident in which 13 people, including three children, died — concluded that the boat’s canopy was a “major impediment” to passenger survival.

“All but one of the survivors stated that the canopy was an impediment to their escape,” the report said. “In the case of the Miss Majestic accident, the force of the water rushing in over the stern was strong enough to sweep a 6-foot 6-inch, 260-pound man standing near the sixth row forward and pin him against the windshield. As the Miss Majestic sank, the metal framework on both sides of the passengers and the continuous canopy over their heads essentially caged them, making escape in the limited available time extremely difficult.”

The NTSB report also said the boat had not been adequately repaired and maintained, and it lacked “adequate reserve buoyancy that would have allowed the vehicle to remain afloat in a flooded condition.” The NTSB — which is now investigating Thursday’s incident in Missouri — said duck boat operators should be required to use boats that “remain upright and afloat in a fully flooded condition” and to remove canopies or install a “Coast Guard-approved canopy that does not restrict either horizontal or vertical escape by passengers in the event of sinking.”

But Andrew Duffy, another attorney who was involved in the 2010 Philadelphia case, says he’s seen little progress toward enacting those safety recommendations.

“Since 1999, we’ve known that with their fixed canopies on top, that once a duck boat capsizes, that canopy pulls the passengers down with it,” he says. “You have to literally escape the canopy in a duck boat in order to survive, and unfortunately, it looks like 17 souls weren’t able to do that.”

“I find it unconscionable that a federal agency recommends safety procedures, and the duck boat industry refuses to follow them,” he says.

NTSB spokesperson Christopher O’Neil says the agency advocates for the safety recommendations it makes, but can’t force anyone to follow them because it has no regulatory power.

“The NTSB doesn’t have the authority to make anybody do anything. We’re not a regulatory agency. We’re a safety investigation agency,” he tells TIME. “We issue (recommendations) with the expectation that the recipients will take effective action on them. That does not always happen.”

The 17 victims of Thursday’s duck boat accident ranged in age from 1 to 70 years old, police said. Of the 31 passengers on board, 14 survived.

“Words cannot convey how profoundly our hearts are breaking. We will continue to do all we can to assist the families who were involved,” Ride the Ducks Branson said in a statement on its website. “The safety of our guests and employees is our number one priority. Ride the Ducks will be closed for business while we support the investigation, and to allow time to grieve for the families and the community.” 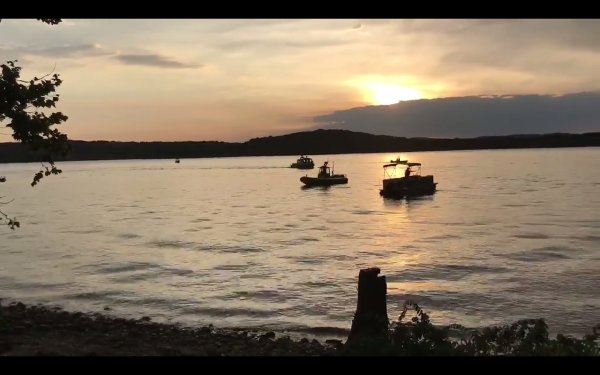 17 Dead in Branson Duck Boat Sinking
Next Up: Editor's Pick