3D-Printed Guns Are Unchecked and Untraceable. And a Judge Blocked Them at the Last Minute

A federal judge in Seattle has granted a temporary restraining order to halt the release of plans that would allow Americans to make 3D-printed guns in the privacy of their homes.

The restraining order from U.S. District Judge Robert Lasnik has put on hold a plan for people to be able to legally download blueprints to make the 3D-printed guns starting Wednesday on hold.

“There is a possibility of irreparable harm because of the way these guns can be made,” Lasnik said.

People were set to be able to legally download the 3D-printed gun plans on Wednesday following a settlement reached by the company behind the plans, the Texas-based nonprofit Defense Distributed, and the federal government in June.

Gun control advocates say the decision by the government could result in the spread of unchecked, untraceable – and even undetectable – firearms that can easily be constructed by anyone – whether they’re legally allowed to own a gun or not.

“If you buy a gun in America, you go have to go through a background check. Now anyone with a 3D printer in their living room can have a gun,” Avery Gardiner, co-president of the Brady Campaign to End Gun Violence, says. “It’s going to make it easier for felons and fugitives who are deemed too dangerous to have guns to get guns.”

She is also concerned some of the guns will be able to pass through metal detectors without setting them off.

3D printing has been touted as a way to revolutionize manufacturing. 3D printers turn digital files into three-dimensional objects by successively laying down thin layers of plastic until the object is created. The technology promises to allow almost anyone to create custom-designed parts quickly and cheaply – using 3D printers that cost as little as hundreds or thousands of dollars. Doctors are even experimenting with ways to 3D print organs. But the technology is now drawing legal scrutiny for the ability to make unregistered firearms in the same way.

The government’s decision on 3D-printed gun plans comes after a three-year legal battle between the U.S. State Department and Cody Wilson, the founder of Defense Distributed. In 2013, Wilson posted plans for his 3D-printed pistol “The Liberator” online. The State Department ordered Wilson to take down the plans, arguing that his post violated laws that regulate the export of firearms. The department said online distribution of gun designs was a form of international distribution of weapons – which falls under the State Department’s purview. Wilson sued the government in 2015, alleging that officials were violating his First Amendment right to free speech. In June, the State Department unexpectedly ended its legal battle with Wilson, meaning he can share any blueprints he has. According to the Second Amendment Foundation, who filed the suit on behalf of Wilson, the State Department settled because the Commerce Department is now in charge of firearm regulation and has jurisdiction over 3D printable gun blueprints.

Wilson says he plans to post his 3D printed gun plans when the State Department’s prohibition ends on Wednesday.

Some politicians have already reacted to the State Department settlement, expressing concern about the implications of widely available 3D-printed weapon plans.

During a Senate hearing last week, Sen. Edward Markey, a Massachusetts Democrat, asked Secretary of State Mike Pompeo to reconsider the settlement, citing the potential of guns getting into the hands of foreign terrorist groups. “You have my commitment; I’ll take a look at it,” Pompeo responded.

On Tuesday, President Donald Trump weighed in – tweeting: “I am looking into 3-D Plastic Guns being sold to the public. Already spoke to NRA, doesn’t seem to make much sense!”

Wilson tells TIME that he thinks claims about the security threats of 3D-printed guns are exaggerated.

“This is not new. Homemade firearms have a always been a part American culture, in my experience, this is seen as a good thing,” he says. But, he concedes that some 3D-printed guns are “less detectable” by traditional means like metal detectors.

Wilson believes 3D printing will end the gun control debate forever, by making it possible for anyone anywhere to easily make guns without the government’s involvement. He also argues that posting 3D-printed gun blueprints online is a matter of freedom of speech.

Wilson’s “Liberator” is a single-shot pistol made of ABS plastic, the material used for Legos. It includes a metal firing pin and a piece of metal to ensure it doesn’t run afoul of the Undetectable Firearms Act. Wilson has also developed parts for semi-automatic weapons, including the AR-15, that will be available for download. All visitors have to do is pay a small fee and enter their email to create an account on Defense Distributed’s website. No proof of age or permit is necessary to access the gun plans.

Gun control groups and some states are working to stop Wilson from making his plans for 3D-printed gun available. On Monday, eight states sued the federal government in an attempt to force the Trump Administration to reinstate the ban. On Saturday, a federal judge denied an appeal from gun control groups Everytown for Gun Safety, the Giffords Law Center to Prevent Gun Violence and the Brady Campaign to Prevent Gun Violence to block Wilson from publishing the blueprints.

On July 29, Pennsylvania Attorney General Josh Shapiro sued in U.S District Court and successfully blocked access to 3D-printed gun blueprints in the state. Defense Distributed has agreed to block Pennsylvanians from accessing the website, for now. Of course, tech-savvy internet users could likely use various software tools to get around any state-based geographical restrictions.

Wilson has vowed to fight the efforts to block his 3D-printed gun plans and has already taken legal action against New Jersey and Los Angeles for trying to stop him. But, he believes the spread of 3D-printed weapons is inevitable.

“We all understand there’s no reversing digital advances. Americans deserve to have access to this data; it’s not honest to hide it,” he says. 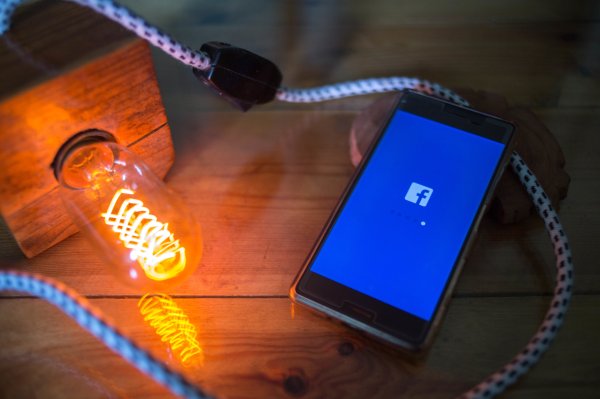 Facebook Finds Evidence of Interference in U.S. Elections
Next Up: Editor's Pick