Prince Charles, heir to the throne of Great Britain, has revealed why he kept in touch with a bishop for more than two decades after the clergyman admitted to sexually abusing a young man. The Prince of Wales said he believed former Bishop Peter Ball‘s explanation that Ball had only been caught in an “indiscretion,” according to the prince’s statement to a child sex abuse inquiry.

Charles continued exchanging letters with Ball until 2015, when he was convicted of sexually abusing 18 young men. The Times of London obtained a draft of Charles’ testimony to the Independent Inquiry into Child Sexual Abuse (IICSA). The full statement is due to be published next week.

In 1993 Ball, who had substantial connections to the British establishment, had accepted a caution – a formal alternative to prosecution that is generally used in minor crimes – after admitting to an act of indecent assault against a young man. At that point Ball was forced to resign his position.

After 1993, the pair remained in contact through letters, though according to the BBC, Ball boasted about his connections to the Royal Family. According to the Times, Charles said Ball told him the 1993 caution was for an “indiscretion.”

“I was certainly not aware at the time of the significance or impact of the caution,” Charles, 69, wrote, according to the Times. “Whilst I note that Peter Ball mentioned the word in a letter to me in October 2009, I was not aware until recently that a caution in fact carries an acceptance of guilt.”

The Independent Inquiry into Child Sexual Abuse was set up in 2014 in response to revelations of entrenched sexual abuse against children in British society. Victims have accused the Church of England of covering up Ball’s crimes.

In a report published earlier this year, British prosecutors said after reviewing correspondence between Charles and Ball, they found no evidence that Queen Elizabeth II’s oldest son had sought to use his position to protect Ball from prosecution.

Neil Todd, the first to accuse Ball of sexual abuse in the 1990s, took his own life in 2012 after the enquiry into the former bishop was reopened. In a highly controversial decision in 2015, British prosecutors decided not to prosecute Ball for charges of abusing two boys aged 13 and 15.

A spokesman for Clarence House, Charles’ household, tells TIME, “The Prince was happy to volunteer information to the IICSA Inquiry in relation to his contact with Peter Ball, who was his former local Bishop. In his statement The Prince makes it clear that he was unaware of the true nature of Mr Ball’s behaviour until the latter’s trial and conviction in 2015 at which point he severed all contact.”

“Along with many others, he was deceived by Peter Ball over a very long period of time, which is something he deeply regrets.” 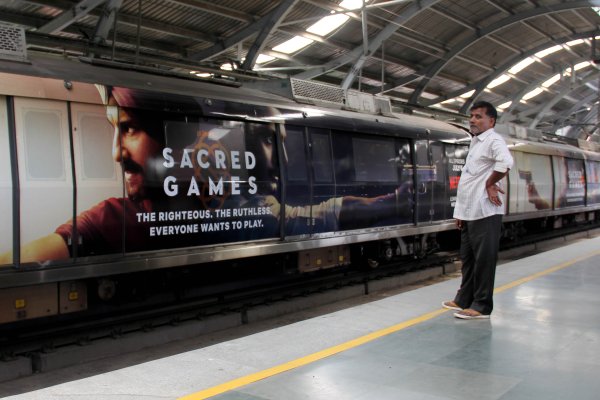 Why Netflix's 'Sacred Games' Is Facing a Court Case in India
Next Up: Editor's Pick