A salmonella outbreak connected to raw turkey has affected 90 people in 26 states, the Centers for Disease Control and Prevention announced Thursday.

At least 40 people have been hospitalized due to the Salmonella outbreak, according to the CDC. There are currently no deaths associated with this outbreak, which began last November.

It is unclear where the Salmonella outbreak is coming from, and the CDC said it is still looking into which supplier or type of raw turkey product is linked to the outbreak. The agency is monitoring the outbreak in conjunction with the U.S. Department of Agriculture’s Food Safety Inspection Service.

Lab tests have determined that contaminated raw turkey products from different sources are the cause of this salmonella outbreak. The people infected reported eating different types and brands of turkey products, with two victims reporting they lived in a household where raw turkey pet food was fed to their animals, the CDC said.

People should handle raw turkey with care and always cook it thoroughly to prevent food poisoning. The CDC also advised consumers to wash their hands before and after preparing or eating any food made with raw turkey. At this time, the CDC hasn’t advised consumers to avoid eating fully cooked turkey products or told retailers to take those products off the shelves.

The most common side effects of people infected with salmonella include diarrhea, fever, and stomach cramps 12 to 72 hours after being exposed to the bacteria, the CDC said. Salmonella typically lasts four to seven days, and most people recover without treatment. In severe cases, some patients may need to be hospitalized. 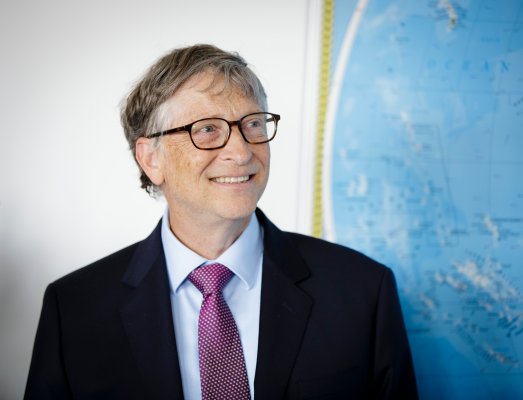 It's Nearly Impossible to Diagnose Alzheimer's Disease in Living People. Bill Gates Wants to Change That
Next Up: Editor's Pick