But the newest one has a darker undercurrent: Trying to figure out the unnamed figure in an indictment related to Russian interference in U.S. politics.

“We used to call these parlor games. People trying to figure out who’s who, and what’s going on, and unnamed co-conspirators and unnamed victims and so on and so forth,” said David Redlawsk, the chair of the Department of Political Science and International Relations at the University of Delaware. “And that absolutely goes on.”

The past week has seen a recent flurry of indictments. Last Friday, Special Counsel Robert Mueller charged 13 Russian operatives with interfering in the 2016 presidential election, and on Monday, the Justice Department prosecuted Mariia Butina for undertaking covert efforts to influence American politics on behalf of Russian interests.

The documents are littered with mysterious references to other people or organizations — Organization 1, U.S. Person 1, a candidate for U.S. Congress, and others. With these announcements has come a wave of speculation about these unnamed individuals: who they are and how they’re involved.

According to experts, leaving these third parties unnamed is standard procedure. “That’s what all prosecutors do,” said Jennifer Rodgers, a formal federal prosecutor and an expert on political ethics and corruption. “They don’t name anyone or anything unless that person or entity is actually being charged.”

She added that the only reason they are included at all is to “tell the story of the people you are charging.”

After both indictments, Twitter lit up with self-made investigators speculating about the cryptic mentions in the document.

“If there was any doubt about the identity of U.S. Person 1 in the Butina case…” tweeted McClatchy data journalist Ben Wieder, attaching side-by-side pictures that compared descriptions of Republican operative Paul Erickson and U.S. Person 1.

In the indictment, U.S. Person 1 is described as an American political operative who met Butina in Moscow around 2013 and then introduced her to influential political figures and an organization promoting gun rights. Later court papers revealed that U.S. Person 1 is 56 years old and shared a personal relationship with Butina. The similarities to Erickson are evident. Erickson, also 56, is a conservative political activist from South Dakota who can be seen in pictures with Butina on social media. The New York Times had previously reported on the close relationship between the two.

“Read this passage and then remember that Roger Stone has said that he has communicated with Guccifer 2.0,” wrote MSNBC producer Kyle Griffin in a tweet that linked to a portion of Mueller’s indictment.

The indictment states that a person “who was in regular contact with senior members of the presidential campaign of Donald J. Trump” was corresponding with the Russian-controlled Guccifer 2.0 account. In August, that individual asked “do u find anyt[h]ing interesting in the docs i posted?” and Guccifer wrote back “please tell me if i can help u anyhow… it would be a great pleasure to me.” These conversations match the published records of Stone’s messages with Guccifer 2.0.

On his website StoneColdTruth in 2017, Stone provided screenshots of his Twitter direct messages with the account that contain identical dialogue. He later said that “I think I am probably the person referred to.”

In some cases, little sleuthing was required at all. The Mueller document mentioned Organization 1, a website that published stolen documents provided by the Russians’ online persona, Guccifer 2.0. Organization 1’s actions and timeline perfectly aligned with the widely known endeavors of WikiLeaks in the months leading up to the 2016 election. In the Butina indictment, she is linked to an American “gun rights organization,” which matches her known ties to the National Rifle Association.

In other instances, such as Roger Stone or Paul Erickson, the anonymous figures were identified by matching descriptions from the indictments. That was the case for Aaron Nevins, who was outed as the “then-registered state lobbyist and online source of political news” in the Mueller indictment. The document details that he received about 2.5 gigabytes of stolen Democratic Congressional Campaign Committee data — including records and personal information about more than 2,000 Democratic donors. That perfectly met the description of Aaron Nevins’ communications with Guccifer 2.0, as reported by the Wall Street Journal in 2017.

Sometimes people who recognized themselves in the document text came forward. The Mueller indictment, for example, mentioned a reporter who recieved stolen documents from Guccifer 2.0 about the Black Lives Matter movement and offered to write an article about them.

Lee Stranahan, a former Breitbart reporter who now works for Sputnik, stepped forward, claiming on Twitter that he was the journalist named. Republican Rep. Dana Rohrabacher of California told Politico that he wasn’t sure if he was the congressman mentioned in Butina’s indictment, but that he did remember having dinner with her along with another lawmaker and a larger American group in 2015.

Still other figures are completely unknown — the subject of much public curiosity. Mueller’s indictment reported that a U.S. congressional candidate contacted Guccifer 2.0 asking for stolen documents and received dirt on his or her opponent. For Butina, an unidentified U.S. Person 2 helped her organize dinners with important American political figures, and a Russian official helped direct her conspiratorial efforts. Although speculation about these individuals has run rampant, they haven’t yet been identified.

“This kind of thing, it’s almost like a little mystery game that people play,” said Redlawsk. “And a little of that is just human nature. You see all the unknowns left in the public indictment, and you go, ‘What’s going on here?’. And part of it is simply the desire of the media to track down what’s behind the scenes.”

While this speculation is particularly salient right now after two high-profile indictments, these guessing games have happened before. Carter Page, an early foreign-policy adviser to Trump, was reported by Buzzfeed in 2017 to be Male-1 from a 2015 government filing about a Russian spy ring. The document contained a transcript of conversation in which a Russian intelligence operative, Victor Podobnyy, spoke about trying to recruit Page — and called him an idiot. Page later confirmed that he was Male-1.

At any level of conjecture, however, there’s always an inherent danger that people could be misidentified — and it’s not just their reputations that is at risk. These third parties could potentially be implicated themselves in a very serious conspiracy.

“We’re talking about a foreign government being involved and interfering with — not just trying to influence, but actually interfering with — the operation of free and fair elections,” said Lara Brown, a professor at George Washington University.

According to experts, the individuals mentioned in an indictment won’t necessarily be charged in the future, but they are very likely part of the investigation.

“They’ll be looking at all these people and their involvement and thinking about whether they ought to be charged, whether there’s enough evidence to charge them, as part of the investigation,” Rodgers said.

More charges will come before the Mueller investigation wraps up, likely in September. As intriguing as this new parlor game might be for onlookers, the outcome is high-stakes for the players involved. 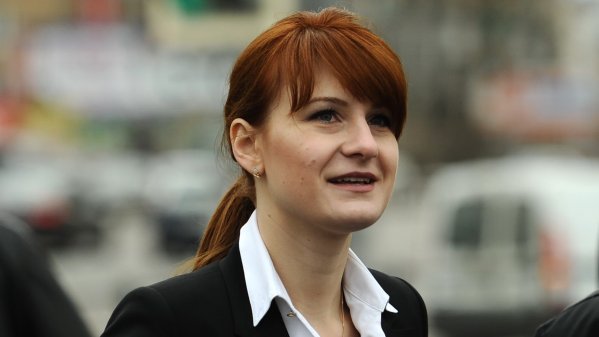 NRA-Linked Russian Charged With Being a Kremlin Agent
Next Up: Editor's Pick