On Friday, North Korea is set to hand over a set of presumed remains of prisoners of war and those missing in action during the Korean War, after Kim Jong Un and Donald Trump signed a statement promising the “immediate repatriation of those already identified” during their summit in Singapore in June.

The ceremony is deliberately taking place on the 65th anniversary of the signing of the armistice that ended the roughly three years of fighting between 1950 and 1953. It was signed by U.S. Army Lt. Gen. William K. Harrison Jr. of the United Nations Command Delegation and North Korean General Nam Il, who also served as China’s representative, at Panmunjom in the Demilitarized Zone bordering North Korea and South Korea. The armistice put a halt to outright hostilities between the two sides, but the Associated Press reports that, more than half a century later, 7,699 U.S. service members are still missing from the Korean War.

In a recent online essay, Mark Fitzpatrick, who heads up the non-proliferation and nuclear policy program at the International Institute for Strategic Studies, wrote that “North Korea treats the remains issue as bait to obtain political objectives.” And, though efforts to repatriate such remains have been going on for decades, identification and recovery of the remains of those Americans who never came home from the war remains an ongoing project.

Contributing to the difficulty is the fact that the armistice signed in 1953 was a ceasefire, but not a permanent peace treaty. The people who signed it were well aware of the future conflict that might cause, but willing to take what they could get at the time.

The week after the signing, TIME described the feeling of unfinished business in the room:

The two parties expected to draw up a more permanent peace treaty at the Geneva conference the following year, but they came to an impasse. 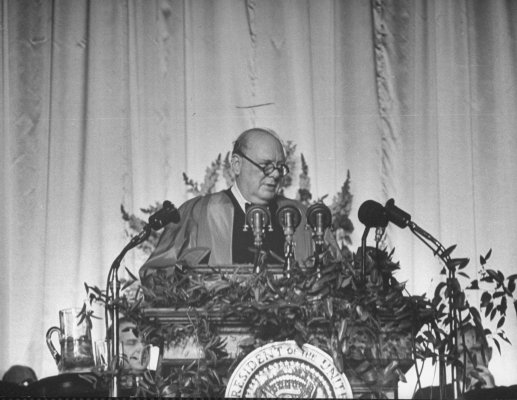 The 'Special Relationship' Between the U.S. and U.K. Is Unlike Any Other Alliance. Here's How It Got That Way
Next Up: Editor's Pick