President Donald Trump acknowledged again that he believes Russia interfered in the 2016 presidential election, saying that he had faith in U.S. intelligence agencies – but then pivoted moments later to slam many of the former heads of the intelligence and security communities, saying he “can’t have any confidence” in past officials.

CBS News anchor Jeff Glor on Wednesday asked Trump whether he agrees with U.S. intelligence officials that Russia interfered with the 2016 election, days after Trump denied Russian meddling during a summit with Russian President Vladimir Putin, then backtracked and said he misspoke.

“Yeah and I’ve said that before, Jeff,” Trump replied. “I have said that numerous times before, and I would say that is true, yeah.”

Later in the interview, however, Glor asked Trump if he feels that any intelligence agencies are “out to get [him],” prompting Trump to list several former officials — including former CIA Directors John Brennan and Michael Hayden, former Director of National Intelligence James Clapper and former FBI Director James Comey, among others — who he believes contributed to a “terrible” past. Some of the officials mentioned, while holdovers from the Barack Obama administration, served under Trump at some point. Many also served under President George W. Bush.

When pressed by Glor during the interview as to whether Putin’s denial of Russian meddling is a lie, Trump demurred. “I don’t want to get into whether or not he’s lying,” he said.

In the lead up to the their summit, Trump maintained that Putin was his “competitor,” rather than his enemy, later adding that the two men could someday be friends, if they knew each other better. 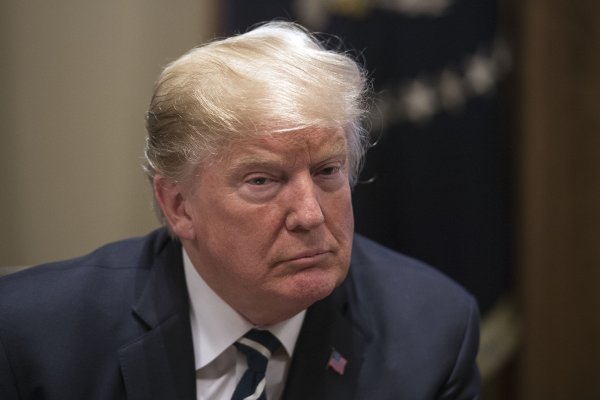 White House: President Trump Did Not Say Russia Is No Longer Targeting the U.S.
Next Up: Editor's Pick