Why Air Conditioning Is a Life-Saver — and a Danger

Ideas
By Justin Worland
Justin Worland is a Washington D.C.-based senior correspondent for TIME covering climate change and the intersection of policy, politics and society.

Extreme heat recently melted roads in the U.K.; hit a record-shattering 120°F in Chino, Calif.; and led to more than 70 deaths in Quebec. These cases illustrate a vexing paradox for scientists and policymakers: air conditioning keeps people cool and saves lives but is also one of the biggest contributors to global warming.

Two new reports underscore the scale of the challenge. On July 16, Sustainable Energy for All, an NGO that is dedicated to clean energy and is affiliated with the U.N. and World Bank, said that 1.1 billion people across the globe lack access to adequate cooling. And a May analysis from the International Energy Agency (IEA), an intergovernmental organization, shows that just 8% of the 2.8 billion people living in the world’s hottest regions own an air conditioner, compared with more than 90% in places like the U.S. and Japan.

For those billions, gaining access to air-conditioning isn’t just a luxury. Without cooling, heat exhaustion can disrupt the body’s functioning and lead to extreme ailments like organ failure and, eventually, death. The number of people who die of heat-related illness could grow to more than 250,000 by 2050, according to a World Health Organization report. Everyone else will become less productive as they toil under the sun, with some parts of Asia and Africa facing up to a 12% decline in work hours by 2050 as a result of heat stress, according to the Sustainable Energy for All report. More broadly, a lack of cooling often also means that people cannot ensure food safety or store medicine.

On the surface, addressing the issue appears simple: countries need to expand access to air-conditioning and provide public cooling locations for people who cannot afford their own devices. This is under way. Sustainable Energy for All estimates that some 2.3 billion people in the developing world are on the verge of buying air conditioners, largely thanks to rising incomes as they leave poverty and enter the new global middle class. And in some places, government programs have sought to build public cooling centers for those without devices of their own.

“The world is getting richer. It’s growing, and most of that is happening in the tropics,” says Dan Hamza-Goodacre, who heads the Kigali Cooling Efficiency Program, an initiative that targets pollution from cooling. “We’re set for an absolute explosion in the demand for cooling.”

But using air-conditioning as a tool for development is complex, both globally and locally. The IEA estimates that, without government action, air conditioners will use as much energy by 2050 as China uses today for all its electricity. That represents a threefold increase in energy consumption by air conditioners from today, much of which could come in developing countries that remain heavily reliant on fossil fuels. On the ground, nations will also need to build new power plants to keep up with demand or risk an unstable grid.

“Air-conditioning has been an enormous, enormous drain on electricity,” says Erik Solheim, who heads the U.N. Environment Programme. “Cooling is probably the biggest energy consumer, and people tend not to think of it.”

Beyond energy consumption, cooling products can also contribute to climate change by emitting hydrofluorocarbons (HFCs), chemicals that trap heat in the atmosphere at alarming rates. Scientists say that unabated emissions from HFCs alone could add nearly 1°F of warming to the atmosphere by the end of the century — nearly a third of the 3.6°F target enshrined in the Paris Agreement by scientists as the maximum temperature rise before the world feels some of the most catastrophic effects of climate change.

The start of a global solution is emerging. Companies have developed more efficient cooling technology that is also free of HFCs and plan to expand the sale of such products in the developing world in the coming years. And in 2016, more than 170 nations reached an agreement called the Kigali Amendment, which sets targets to phase out HFCs and will reframe international standards for how to make air conditioners. (The U.S. is not one of the 40 countries that have ratified the deal thus far, despite support from businesses and some Senate Republicans, who believe that U.S. companies could sell the solutions.)

These efforts will have to match the magnitude of the trouble ahead. “It’s not about everybody who can afford it buying an inefficient air conditioner,” says Rachel Kyte, who headed the World Bank’s climate-change program and who now leads Sustainable Energy for All. “Government has to realize the extent of the issue they have. This isn’t something they can put off.” 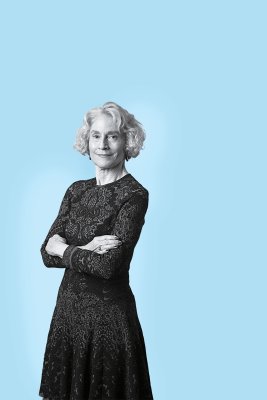 Martha Nussbaum on What's Behind America's Fear Problem—And What to Do About It
Next Up: Editor's Pick