The E.U. Looks to China to Shield Itself From the Fallout of Trump’s Trade War

When asked by CBS News on July 15 to name America’s greatest foe, the first name past the lips of President Trump was the European Union, given “what they do to us in trade,” followed by Russia and then China. By launching steep tariffs on a swath of Chinese and E.U. imports, Trump has given Beijing and Brussels unprecedented incentive to work together–as we saw at the unusually sunny E.U.-China summit on July 16. Unfortunately for China, it’s going to take more than Trump to push Europe wholeheartedly into China’s trade embrace.

The China part of the equation is easy. The E.U. is already China’s biggest trading partner and its second-largest export market. Chinese foreign direct investment into Europe hit $12 billion in the first half of 2018, while Chinese investment into the U.S. fell 92% over the same period, to just $2 billion.

And so where last year’s summit failed to produce even a joint statement, this year both China and the E.U. agreed to deepen their partnership–and even threw in a separate addendum on climate issues for good measure. Previously, the relationship had been chilled by European fears about China’s Belt and Road Initiative, a series of infrastructure projects around the world intended to boost both trade and political influence globally. China’s highly leveraged infrastructure loans have left certain countries in Asia and Africa heavily indebted to Beijing, something the E.U. wants to avoid in the smaller economies of Central and Eastern Europe. But the Chinese have now seemingly agreed to play by the E.U.’s rules and standards.

And Trump’s continued blasting of Beijing over its trade practices, for the ostensible benefit of U.S. producers, spells a huge opportunity for the Europeans.

Take the automotive sector, for example. China has pledged to remove foreign-ownership caps in the auto sector by 2022, and even earlier for electric and other new-energy vehicles. But it will withhold many of the opportunities to U.S. firms so long as Trump continues his tariff strategy, leaving European automakers to reap the rewards. It’s a good reminder to Trump that trade wars often have unintended consequences–especially when they are being fought on multiple fronts.

But the E.U.’s shift still looks more like a tactical move than a wholesale change of strategy. One day after the China summit, the bloc completed its largest trade deal ever, with Japan–an agreement that makes far more sense for Brussels. It is easier for Europeans to cast their lot with a liberal democracy that wants to preserve the current global system than with a state-capitalist government looking to fundamentally change that system to fit its own needs. And Brussels is quietly making its own efforts to restrict Chinese investment in sensitive sectors, just as Washington has cracked down on Beijing’s efforts to acquire intellectual property in cutting-edge fields.

For the time being, this is a relationship of mutual convenience. Brussels is clearly attuned to the fact that the Chinese leadership’s approach to trade is extremely opportunistic–and no doubt will closely monitor investments in eastern and southern Europe to ensure that China isn’t laying debt traps for the E.U.’s smaller members. But for now, Trump’s pre-eminent “foe” is making plans to weather the trade war–while counting down the days until the 2020 presidential election. 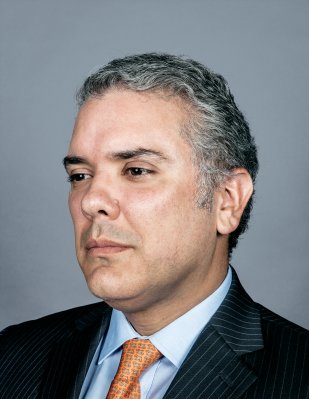 Ivan Duque’s Plan to Fix a Divided Colombia
Next Up: Editor's Pick