We live in a universe of universes: the Marvel universe, the Star Wars universe, the Harry Potter universe. In a franchise-driven market, the ideas, setting and aesthetic dreamed up by one creator can serve as the connective tissue for dozens of sequels and prequels. But Stephen King was in the business of creating his own multiverse long before “cinematic universes” were en vogue. The author set many of his spooky stories in the fictional town of Castle Rock, Maine, which has played host to a murderous mutt (Cujo), a corrupt prison warden (The Shawshank Redemption) and a shop offering Faustian bargains (Needful Things). Now Hulu’s new series Castle Rock, premiering on July 25, draws from King’s extensive body of work to tell an entirely new story.

It can’t be easy for a writer to reach into another auteur’s toy box and figure out how to create modern stories with the same old figurines, though it has been done well. In film, Black Panther stood out from the superhero glut with an urgent message of openness and empathy; on television, Fargo found new relevance when it exposed an isolated town filled with decent people to a global world and all its threats. The recent King adaptations (It, 11.22.63, Dark Tower) have mostly worked to capitalize on audience nostalgia. But Castle Rock writers Sam Shaw and Dustin Thomason, working with megaproducer J.J. Abrams, make the author’s well-worn tricks feel relevant again.

In the opening minutes, a Shawshank warden takes his own life, setting off a search of the prison. Guards find a gaunt young man (It star Bill Skarsgard) locked in a cage. The prisoner will only say the words “Henry Deaver.”

Henry (Moonlight’s André Holland) turns out to be a Texas-based death-row attorney who grew up in Castle Rock. He has a mysterious background himself: Henry and his adoptive father disappeared when he was a child. Henry survived; his father did not. Henry has since grown up to be a do-gooder, propelled either by a sense of justified self-righteousness or guilt. He returns to his hometown determined to file a writ of habeas corpus for the mystery man. The audience might cheer for him if only Skarsgard’s character didn’t look like the devil incarnate.

All the usual components of a King story are here: religious dogma, abuses of power, creepy kids, psychic abilities. But Castle Rock sets itself apart from the rest of the King-verse, preserved in amber. The long-haunted town has aged, and so have its problems. The few young people left in Castle Rock are either inmates at Shawshank or the opioid-addicted spouses they left behind. The entire economy of the city is built on a private prison system that abuses guards and convicts alike. Townspeople sit outside boarded-up shops and eye Henry, the only black man in Castle Rock, as he walks down the street. They suspect he killed his father–their beliefs informed more by racism than evidence.

The town’s residents believe Castle Rock is cursed by the devil. In fact, the evils at work are bigotry, addiction and corruption. Castle Rock’s creators know that the only thing scarier than a monster is the system that created him. That’s a mystery worth solving. 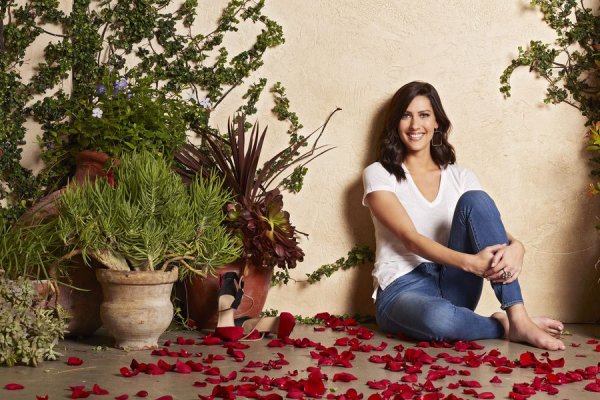 Becca Visits Four Men in Four Towns on 'The Bachelorette'
Next Up: Editor's Pick