A police officer in Port-au-Prince on July 8, after two days of protests against a planned hike in fuel prices.
Dieu Nalio Chery—AP/Shutterstock
By Billy Perrigo

Just eight days after announcing an International Monetary Fund–backed plan to cut government subsidies–a move that would raise fuel prices by up to 51%–Haiti’s Prime Minister Jack Guy Lafontant resigned on July 14. The plan had triggered mass protests in Port-au-Prince and other cities. Dozens of stores were looted and burned; at least seven people died. The government suspended the price hike, but facing a vote of no confidence, Lafontant, who took office in March 2017, stepped down.

Two centuries after gaining independence from France, Haiti remains the poorest country in the Western Hemisphere. Frequently beset by natural disasters, Haiti is also one of the least equitable countries in the world. According to the latest household survey, 59% of Haitians live below the poverty line, surviving on less than $2.41 a day. The country’s President Jovenel Moïse says corruption is a major problem, but has faced accusation of money laundering since just before his inauguration in February 2017.

The IMF agreed in February to assist the Haitian economy with economic and structural reforms. It offered a package that included $96 million in low-interest loans and grants, per the Miami Herald–on the condition that government officials reduce subsidies for fuel and improve tax collection in order to invest in infrastructure, health, education and social services. But the pain from the higher prices would be immediate, and devastating to many.

The U.N.’s top expert on poverty said the price hike had been “guaranteed to lead to a backlash,” and criticized the IMF for failing to consider the political climate earlier. In light of the unrest, the IMF suggested on July 12 that Haiti could make changes gradually and take “compensatory measures to protect the most vulnerable people,” but that didn’t change Lafontant’s fate. Now, Moïse and the IMF are left with a task that has only gotten more difficult: modernizing Haiti’s economy without jeopardizing its stability. 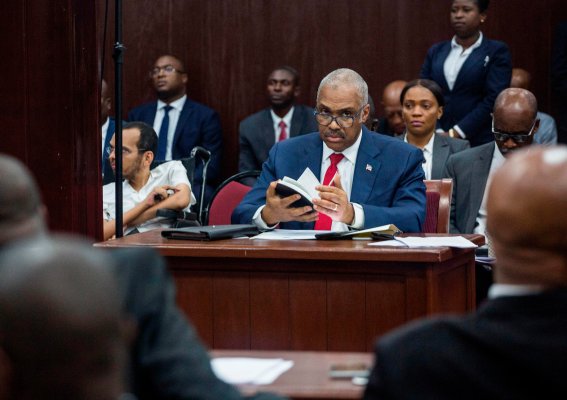