Blindspotting Takes a Hard Look at Race and Gentrification

Blindspotting was written by friends and co-stars Diggs, left, and Casal
Lionsgate
By Stephanie Zacharek

There’s a lot going on in Blindspotting, the semi-comedy co-written by and starring Daveed Diggs and Rafael Casal. Diggs’ Collin, after serving two months in jail, is just finishing up his probation. He’s got three days left, and after an evening tooling around Oakland, Calif., with his buddies, he witnesses a murder that rattles him to his core. The perpetrator is a cop, and he knows that if he comes forward as a witness, he’s likely to land in jail again.

Collin’s hotheaded best friend and co-worker, Miles (Casal), isn’t much help, and has too easy a time getting into trouble himself. But because Miles is white, he can afford to play the tough guy. He gets away with everything, while it’s Collin who’s likely to get stopped by cops for no reason.

Blindspotting–the debut feature from Carlos López Estrada–is a story about friendship and loyalty, and it’s supremely canny about how those qualities can’t exist in a vacuum. Collin and Miles have lived in Oakland all their lives, but they barely recognize what it’s becoming. White people with money are moving in, displacing longtime locals and changing the face of the city. Collin and Miles resent those changes, but it’s clear that Collin has so much more to lose: class binds these two, but race will always divide them.

Like the characters they play, Diggs and Casal are longtime friends; they wrote the film together over a period of nine years, watching as their hometown of Oakland transformed into something nearly unrecognizable. They’re marvelous to watch. Casal throws off currents of nervous, wiry energy, while Diggs–who originated the roles of the Marquis de Lafayette and Thomas Jefferson in Hamilton–turns anxiety into a kind of mournful poetry. When he and Miles are sent to a ramshackle Victorian to clear it out so it can be put on the market, Diggs looks at the detritus and picks up an old photo album, flipping through it and gazing at the faces of the family who used to call this place home. Blindspotting is entertaining, but it also packs an emotional punch. Sometimes, even the place you call home can make you feel like a ghost. 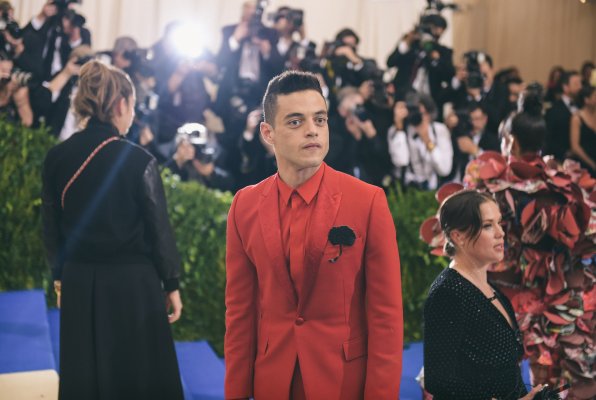 Get Acquainted With Rami Malek at His Most Outlandish in the New Bohemian Rhapsody Trailer
Next Up: Editor's Pick