Billionaire Tim Draper’s proposition to break California into three states won’t be on the ballot in November.

The justices said “substantial” questions about the proposition’s validity warrant review. The court asked Alex Padilla, California’s secretary of state, and Draper to explain by Aug. 20 why a conservation group’s request to block the measure shouldn’t be granted. Draper will have 30 days to respond.

“Apparently, the insiders are in cahoots and the establishment doesn’t want to find out how many people don’t like the way California is being governed,” Draper said in an emailed statement. “Whether you agree or not with this initiative, this is not the way democracies are supposed to work.” Draper, a venture capitalist, sought the initiative because he said the world’s fifth-largest economy is “nearly ungovernable” under the current system.

The Planning and Conservation League, which filed the lawsuit this month, argued that the state constitution requires a two-thirds vote of both legislative chambers before a proposal for a significant change of government can be put to voters.

In a statement after the court’s decision, Howard Penn, executive director of the group, said Prop. 9 is “a costly, flawed scheme” that would “waste billions of California taxpayer dollars, create chaos in public services including safeguarding our environment and literally eliminate the State of California — all to satisfy the whims of one billionaire.” 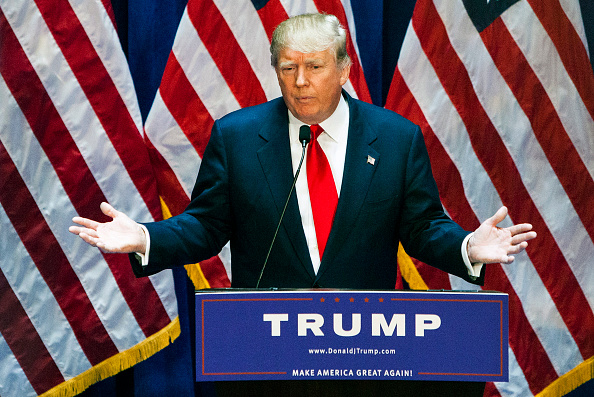 'I'm Not That Person the President of the United States Says I Am.' Man Who Was Subjected to Racist Rant Speaks Out
Next Up: Editor's Pick