The White House on Wednesday declined to rule out Russian President Vladimir Putin’s offer of assistance in Special Counsel Robert Mueller’s probe, with Press Secretary Sarah Huckabee Sanders saying an announcement would come when President Trump has reached a decision on the matter.

“The President’s [going to] meet with his team and we’ll let you know when we have an announcement on that,” Sanders told reporters during the daily press briefing, her first in over a week.

When pressed again, Sanders acknowledged that Putin and Trump had discussed the offer during the summit in Helsinki, Finland, but said that no decision had been reached.

Speaking at a joint press conference with Trump on Monday, Putin offered to allow members of Mueller’s team into Russia to interrogate the 12 Russian nationals recently indicted for interfering in U.S. elections. But Putin said America had to reciprocate by allowing Russian law enforcement to question people they deemed suspicious in the U.S.

Putin specifically mentioned British financier Bill Browder on Monday as one of the possible subjects of such questioning. Browder was refused entry into Russia in 2005, and now works as an activist investigating Russian state corruption. Browder wrote in an op-ed for TIME after the press conference that it didn’t matter that Putin was extending the offer to Trump, because, as a citizen of the United Kingdom, he falls under the jurisdiction of British Prime Minister Theresa May.

But on Tuesday, the Russian attorney general’s office said it was poised to send the U.S. a list of people it wants to question in relation to Browder, including former U.S. Ambassador to Russia Michael McFaul. 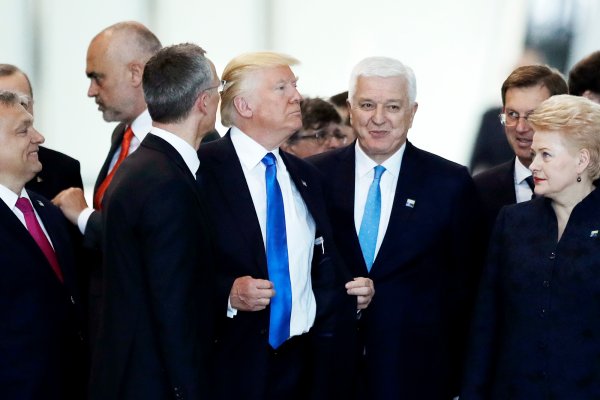 Trump’s Montenegro Comments Were a Win for Putin
Next Up: Editor's Pick