On Tuesday’s episode of the Late Show, Colbert dug into the president’s clarification of his position after recent talks with Russian President Vladimir Putin in Helsinki — when Trump declined to criticize Russian meddling reported by the U.S. intelligence community.

“It is starting to dawn on some people, Trump may be a bad president,” Colbert joked before beginning to unpack the situation. After analyzing clips of Trump discussing his statements, Colbert zeroed in on his most critical “clarification:” that the president actually meant to say “wouldn’t” instead of “would” regarding Russia’s potential U.S. election hacking in 2016.

“Yes, the sentence should have been that,” Colbert riffed. “It was not that. But then again, who among us hasn’t said the exact opposite of what he just said in front of cameras on multiple occasions. I’m sorry, let me clarify. That sentence should be, who among us has not not done that? If you can just add a new word in, what’s next?” Colbert continued, considering previous examples of statements Trump has made that raised eyebrows: “After Charlottesville, I meant to say, there’s ‘bad’ people on both sides? And on that bus, I meant to say ‘respect’ her by the ‘pussy?;”

Ultimately, Colbert agreed that Trump’s statement was, at the very least, confusing. “It’s a double negative,” he continued, “like Donald and Trump.” 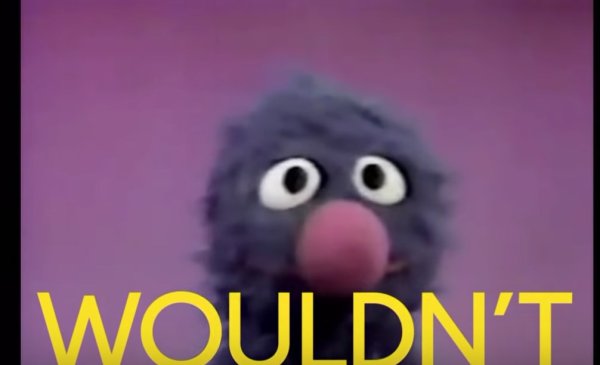 Jimmy Kimmel Got Grover to Help Trump With the Difference Between 'Would' and 'Wouldn't'
Next Up: Editor's Pick