It’s never been clearer that Jeff Goldblum is an international treasure, thanks to a larger-than-life tribute that he received in London on Wednesday. The beloved actor was immortalized across the pond with a 25-foot tall statue of his Jurassic Park character, Dr. Ian Malcolm in his iconic post-dinosaur attack shirtless scene.

The statue, which can be found lounging casually in Potter’s Field, in front of London’s Tower Bridge, was created by streaming service NowTV to commemorate the 25th anniversary of Jurassic Park. Goldblum most recently reprised his role as Dr. Malcom in this summer’s Jurassic Park sequel, Jurassic World: Fallen Kingdom.

See giant and shirtless Jeff Goldblum in all his glory below. 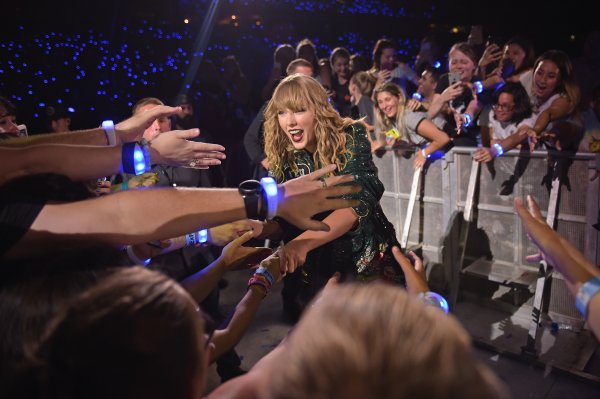 Taylor Swift Declares National Snake Day Her 'Favorite Day of the Year'
Next Up: Editor's Pick