Trump Wants to Redesign Air Force One. Here's Why the Presidential Plane Looks the Way It Does

The presidential car stands in front of the Air Force One at Helsinki-Vantaa Airport in Helsinki, on July 15, 2018 on the eve of a summit in Helsinki between the US President and his Russian counterpart.
JONATHAN NACKSTRAND—AFP/Getty Images
By Gabby Raymond

When President Trump confirmed that he wants to redesign Air Force One during his term in office, in an interview with CBS that aired on Tuesday, he told reporter Jeff Glor that he planned to repaint the iconic aircraft red, white and blue. When asked if he wanted to keep the current robin’s egg blue design he said he would not. “Air Force One is going to be incredible,” Trump told Glor. “It’s going to be the top of the line, the top in the world, and it’s going to be red, white and blue. Which I think is appropriate.”

The CBS interview confirmed an earlier report by Axios, which said Trump planned to ditch the “Jackie Kennedy color” for something “more American.”

The new Air Force One planes, which will be made by Boeing, will not be ready until 2024. (Though “Air Force One” designates the aircraft on which the President flies, it’s not actually one single plane.) The new planes will be replacing a set that, according to the Department of Defense, have been in the air since 1987. At that time, President Ronald Regan chose to keep the Air Force One design that had been selected during the Kennedy administration.

That longevity sets the presidential plane apart: While the presidential cars are upgraded every few years for the newest, safest models, and the Oval office is regularly redecorated to reflect the changing times and the presidential personality, the design of Air Force One has remained the same since 1962.

But that design wasn’t part of the original plan for Air Force One.

In 1961, when the Kennedy couple went to France, TIME’s Hugh Sidey reported on just how much the plane affected the President’s image:

That meant the way the planes looked mattered. In May of 1962, in anticipation of a new pair of planes to serve as Air Force One, Boeing’s exterior designs for the planes— which included the typical red and orange military plane markings and type-font lettering — were released to the public. According to the New England Historical Society, Raymond Loewy, a well-known French industrial designer who had created designs for Coca-Cola, Lucky Strikes Cigarettes and Studebaker cars, made it known to a White House aide that elements of the proposed sketch were “gaudy” and “amateurish.”

When Jackie Kennedy heard that such a well-respected designer had critiqued the design of the iconic planes, she asked her husband to hire Loewy for the job.

Ever-conscious of appearances and trends, the First Lady wanted to make sure the planes that served as a foreign country’s first impression of JFK would represent the U.S. leader well. During Loewy’s first meeting with JFK in the West Wing, he had the president sit on the floor with him as they sketched a new paint scheme, according to the book Air Force One. Kennedy, who wanted a design with less military nomenclature, changed the traditional “U.S. Air Force” markings on the side to a more neutral designation of “The United States of America.” He also added the presidential seal near the nose of the plane, and an American Flag on the tail. In order to select the best font, Loewy looked to historical U.S. documents for inspiration; when he saw the typeface of the original Declaration of Independence, he knew he had found the perfect model. Widely spaced letters in all capitals, using the font Caslon, were then applied for the lettering on the planes.

For the color palette of the aircrafts, Loewy went with a simple but striking design. Knowing Kennedy’s affinity for blue, the designer came up with the paint scheme that is now synonymous with the presidential planes, using slate and cyan blue for the middle and wings, and leaving the top of the plane white with a silver underside.

The new design, like most things the Kennedy family did, was received with great fanfare from the American public. Hugh Sidey would later recall that he was “deeply touched by the majesty of the moment” he saw the new look, and that the plane’s paint job was a testament of the First Lady’s impeccable sense of style.

Only time and critical review will tell if Trump’s “more American” red, white and blue Air Force One will be able to match the ability of Loewy’s design to exude presidential power with simple elegance — but for the next 6 years the iconic “Jackie Kennedy Blue” will continue to represent the U.S. abroad.

The original version of this story misstated the plane on which JFK and Jackie Kennedy arrived in France in 1961. That Air Force One trip was taken before the design remodel, not after. 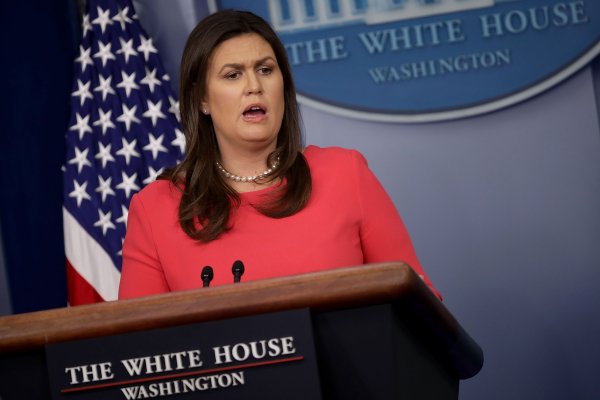