How Beef Jerky Might Affect the Risk of Mania

Scientists are learning that certain foods — either because of their natural ingredients or because of added chemicals — can have significant effects on health. One way in which food can exert this influence health is through inflammation, which is triggered by the immune system and may have an impact on the risk of developing a number of chronic conditions.

Plenty of foods contribute to inflammation, from sugar to saturated fat. But in a new study, cured meats are under scrutiny. They usually contain nitrates, a group of chemicals used as a preservative to cure meats like jerky, meat sticks and hot dogs, and nitrates have also been linked to inflammation and unhealthy outcomes, including cancer and brain disorders.

Dr. Robert Yolken, professor of pediatrics at Johns Hopkins School of Medicine, and his colleagues have been investigating how exposure to certain environmental factors, including nitrates, might affect psychiatric disorders. In a study published in Molecular Psychiatry, he and his team studied 1,101 people, some of whom had psychiatric disorders and some who did not, who had also filled out questionnaires about whether they had eaten different types of food. (The survey did not collect information on how recently the people had consumed the foods, or how much they had eaten, but Yolken says most people answered based on their recent diets.) They were asked about cured meats, as well as about raw and uncooked meats.

Among people hospitalized for psychiatric disorders, people who ate cured meat, which included salami and various forms of dried meat sticks and jerky, had a nearly 3.5 higher likelihood of having been admitted for mania, compared to people in the control group, who did not have psychiatric conditions. Mania, which is a state of abnormally alternating mood swings, is most often associated with bipolar disorder. Certain kinds of cured meats, including beef or turkey jerky and meat sticks, were linked to the highest risk for mania, while those consuming prosciutto and dehydrated cured meats did not show a significant increased risk of mania.

Yolken says the association with nitrates was striking with mania only; the chemicals did not seem to be linked to a significant increase in other psychiatric disorders like bipolar disorder, schizophrenia or major depressive disorder. But, he notes, that may simply be due to the small number of people in the study affected by these conditions. He says that more research in larger populations is needed to determine if nitrates are linked to other psychiatric illnesses, and to confirm the association with mania.

He also says that the data do not suggest that eating foods high in nitrates will necessarily cause manic episodes. In the study, some people without a history of psychiatric disorders also consumed meats with nitrates. What the findings do suggest, however, is that nitrates might be one of the many factors that could contribute to mania, Yolken says. If that’s the case, controlling exposure may be one way to lower the risk of episodes, he says.

How nitrates contribute to manic episodes isn’t clear from the human data alone, but Yolken also conducted studies on rats to better understand how the chemicals might be affecting the brain. When he fed rats either normal chow or chow supplemented with a piece of commercial beef jerky, the animals eating the jerky began to sleep irregularly and become hyperactive within two weeks. In addition, he worked with a jerky manufacturer to develop a nitrate-free jerky, and when he fed animals this jerky, they did not develop hyperactivity or sleep disturbances — although the rats fed commercial jerky with nitrates (in the amount that would be found in a beef jerky stick or hot dog), did.

He also analyzed the intestinal bacteria in the animals, since the makeup of gut microbes can affect body processes like inflammation. Indeed, the animals eating the nitrate-enhanced diet showed different populations and patterns of bacteria than those not exposed to the chemicals. (It’s not known, however, what this bacterial shift might mean.)

If nitrates in the diet are affecting inflammation through gut bacteria, Yolken says, and if that inflammation is playing a role in psychiatric conditions like mania, then it’s possible that adjusting gut microbes with things like probiotics could be one way to affect people’s risk of psychiatric illnesses. In a previous study, Yolken and his team showed that people with bipolar disorder who were given certain probiotics were less likely to be re-hospitalized after a manic episode compared to people not treated with the probiotic.

Much more research is needed to determine the relationship — if there is one — between cured meats and psychiatric conditions. But Yolken is encouraged by what all of the data taken together could mean. “The question is how do we understand and control inflammation, and diet can certainly be one way,” he says. “It’s part of the overall question of how do we try to help people with mania and other psychiatric conditions — and one way may be to cut down on their environmental exposures.” 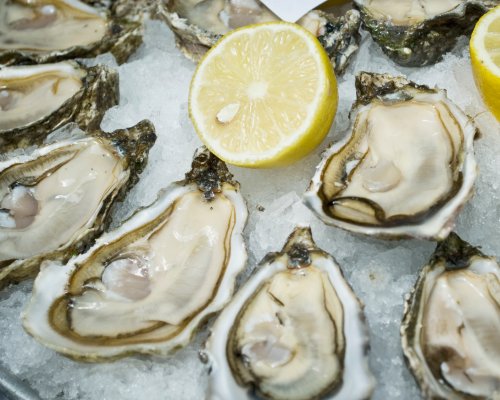 Is Shellfish Healthy? Here's What the Experts Say
Next Up: Editor's Pick