Ideas
By Aaron D. Miller, Richard Sokolsky
Miller, a vice president at the Woodrow Wilson International Center for Scholars and a former State Department adviser and Middle East negotiator, is the author of The End of Greatness: Why America Can’t Have (and Doesn’t Want) Another Great President; he tweets here. Sokolsky, a non-resident senior fellow at the Carnegie Endowment for International Peace, was a member of the Secretary of State’s Office of Policy Planning from 2005–'15.

In the wake of Special Counsel Robert Mueller’s indictment of 12 Russian intelligence agents, Donald Trump had three options regarding his upcoming summit with Vladimir Putin: cancel, confront or cave.

He chose the last option. But his capitulation occurred on an alarming and unprecedented scale. Never before has a U.S. President so willfully catered to an American adversary and so effortlessly sacrificed American values and interests as the entire world watched. His performance starkly highlighted not only a lack of impulse control and appallingly poor judgment, but also a consistent and inexplicable willingness to submit to Russian interests. This was not a display of “America first,” but rather a very disturbing performance by a man who put himself and Russia above American interests and American values.

Trump’s Helsinki performance is unprecedented in the modern history of the Presidency. He is the first who seems incapable of understanding that the national interest transcends his own fears, needs and personal interests. Whether it was Trump’s apparent dictator envy, his distaste for America’s European allies or his delight in sticking it to the foreign policy establishment — or because Putin may have the goods on him — Trump saw the Helsinki meeting through his personal filter of anxieties, arrogance, obsessions and prejudices. Think only of his ridiculously contrarian view that the U.S. was the primary culprit in the failing U.S.-Russian relationship. Trump’s twisted way of looking at the world puts a premium on emotions, likes and dislikes — and neglects careful, methodical thinking about strategy, policy and U.S. interests and how to advance them. It also allows Trump to wrongly believe that by virtue of his so-believed “fantastic” personality and “fabulous” negotiating skills he can sway the most autocratic world leaders to get what he wants.

Himself Above the System

He’s also the first president in the modern American history to consistently belittle, disrespect and ignore his own national security, intelligence and law enforcement team. Ever since he became president, Trump has been running against his own intelligence and law-enforcement community and the foreign policy establishment, whose views on Russia and its assault on the U.S. political system are much tougher than his own. His Secretary of State, Secretary of Defense and National Security Adviser are hawks on Russia; his entire intelligence community, the Department of Justice and Mueller have endorsed the incontrovertible evidence of Russian interference in the 2016 election — and Trump responds as if he were in a scene in a Marx Brothers movie, Well, who you gonna believe? Me? Or your own eyes?

The problem is that Trump has no respect for the system, and he is charting his own path by discrediting the entire U.S. intelligence community and shilling for Putin’s denials during the press conference. Although his national security team disagrees with him, they can’t seem to alter his words or deeds. They advised against a one-on-one meeting with Putin — and clearly his advisers didn’t plan on this outcome.

Indeed, Trump admires Putin precisely because he is the sole decision maker and doesn’t have to answer to anyone. Trump’s own authoritarianism may even draw strength from Putin — and in his more delusional moments, he may believe that, like Putin and the French emperor Louis the XIV, he is the state — which would underscore that, for Trump, policymaking is an intensely personal exercise reflecting his needs and desires.

There were no grand betrayals on substance at Helsinki. Trump didn’t endorse Russia’s annexation of Crimea, undermine NATO’s Article 5 or cancel Baltic military exercises. But with Putin beside him, and before all the world to see, Trump stood there, passive, weak, feckless and all too willing to do Putin’s bidding. Trump played the role of the fool or, as Lenin might have described him, a “useful idiot.”

In sucking up rather than standing up to Putin, and gaslighting the American public, his unprecedented betrayal of U.S. values in the presence of an adversary will only greenlight Russia to stay on the attack against U.S. democracy and the democratic political systems of our European allies. Former Director of the CIA John Brennan described it yesterday as treason.

In February, Trump preposterously accused Democrats who did not clap during his State of the Union speech of being un-American and treasonous. At a campaign rally, he opined, “Can we call that treason?… Why not? I mean, they certainly didn’t seem to love our country very much.” In his unconscionable performance yesterday in Helsinki, Trump demonstrated not only a lack of love of country, but contempt for it; he acted not as a patriot, but a man steeped in his own selfishness and love of himself.

Helsinki was the foreign policy equivalent of Trump’s shameful reaction to the Nazi march in Charlottesville and his policy of separating immigrant children from their parents. These will best be remembered as days of infamy in the Trump presidency. The president crossed lines incompatible with our conception of the presidency and what the office and the person who holds it are supposed to stand for. Whether this proves to be just another bizarre day in Trump-land or something more consequential is impossible to say. What is unmistakably clear — and was demonstrated again in Helsinki — is that Trump lacks the character, competence and moral compass to be President. 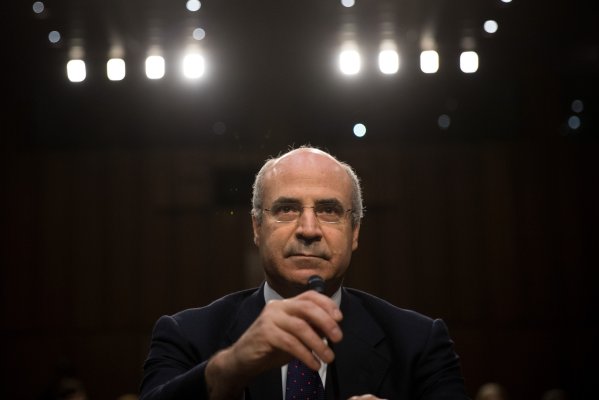 The Biggest Mistake Putin Made When Trying to Get Access to Me Through Trump
Next Up: Editor's Pick