Hundreds of people have been killed in Bangladesh since the government launched a crackdown on drugs in May, according to a local rights group, fueling fears that the country is following the brutal lead of the Philippines.

While authorities claim that those who lost their lives were involved in at least 10 drug-related crimes, rights groups say they are extrajudicial killings carried out by police, Agence France-Presse reports.

“It is unprecedented in Bangladesh. So many people have been killed in such a short period of time,” Sheepa Hafiza, executive director of an organization called Ain o Salish Kendra, told AFP.

The group claims that more than 200 people have been killed in just the past two months, while about 25,000 others have been imprisoned. “This is very unfortunate,” he added. “We condemn these extrajudicial killings and want fair investigations into each of these killings.”

The U.N. High Commissioner for Human Rights, Zeid Ra’ad Al Hussein, said in June he was “gravely concerned” that “such a large number of people” had died.

Bangladeshi authorities began the sweeping measures in an effort to wipe out “yaba,” a cheap methamphetamine pill used widely in villages and towns throughout across the country.Prime Minister Sheikh Hasina announced a “war on drugs” in early May 2018 after reports of rising methamphetamine sales and use.

Bangladesh’s crackdown on drugs has drawn comparisons to Philippine President Rodrigo Duterte’s brutal war on drugs, raising concern that his methods could spread to South Asia. Philippine authorities have acknowledged killing more than 4,000 drug suspects, but rights groups say the actual number could be triple that figure.

Last week, Sri Lanka’s president said the South Asian nation would begin hanging drug offenders in an effort to “replicate the success” of the internationally chastised crackdown in the Philippines. If pursued, the plan would mean resuming executions in the country after a moratorium of more than half a century. 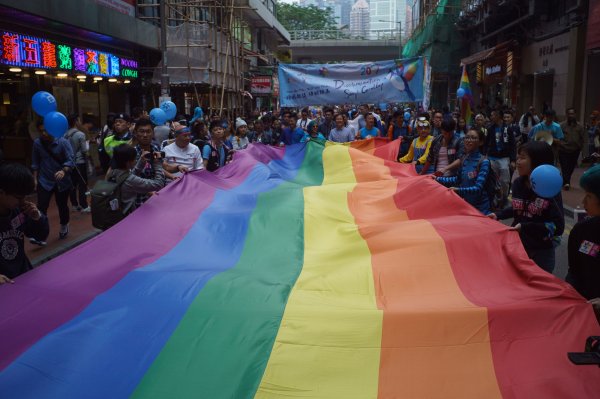 Landmark Ruling in Hong Kong Is A Win for LGBTQ Community
Next Up: Editor's Pick