Russian President Vladimir Putin Monday once again denied anyone from his country attempted to interfere in the 2016 presidential election, and insisted that he had no compromising information about President Donald Trump.

“We don’t have anything on them, and there can’t be anything on them,” Putin told Fox News’ Chris Wallace Monday night. “I don’t want to insult President Trump when I say this — and I may come as rude — but before he announced that he will run for presidency, he was of no interest for us.”

Putin’s assertion, which is similar to a response from a comparable question earlier in the day, directly contradicts the infamous “Steele dossier,” a 35-page research document, largely unsubstantiated, that was compiled by British spy Christopher Steele during the Presidential election that details compromising information the Russian government may have collected about Trump.

Wallace interviewed Putin right after his two-hour summit with President Trump in Helsinki. At the press conference following the meeting, Trump declined to support the intelligence community’s findings that Russia had meddled in the 2016 presidential election on the basis of Putin’s denial.

“I have confidence in both parties,” Trump said during the press conference, a response that prompted a rebuke from both sides of the aisle.

The summit, which was controversial to begin with, came just three days after Deputy Attorney General Rod Rosenstein indicted 12 Russian nationals for conspiring to interfere in the 2016 presidential election – including the hackings of the Democratic National Committee, Hillary Clinton campaign employee’s emails and state election systems.

Wallace held up the indictment during the interview, highlighting the details of the indictments, and asked Putin if he wanted to read it, a request he promptly declined. Putin subsequently reiterated that Russia had no ability to actually influence votes, and that the real issue at hand was the fact that the content of the emails revealed the DNC officials were biased towards Clinton.

“They admitted the fact of their manipulations. So, that’s one thing — that manipulation is where public opinion should stop, and an apology should be made to the public at large— instead of looking for the responsible — the party at fault,” he said.

Putin told Wallace he was optimistic that he and Trump could forge a better diplomatic relationship after Monday’s meeting, and reach consensus on issues like the denuclearization of North Korea and the START treaty, which is set to expire in 2021.

“We are starting to achieve some understanding which gives us sufficient ground to say that some things — a lot of things changed to the better during today’s meeting,” he said. “I think this is the beginning of the path. This is the start. We did make a good start today.” 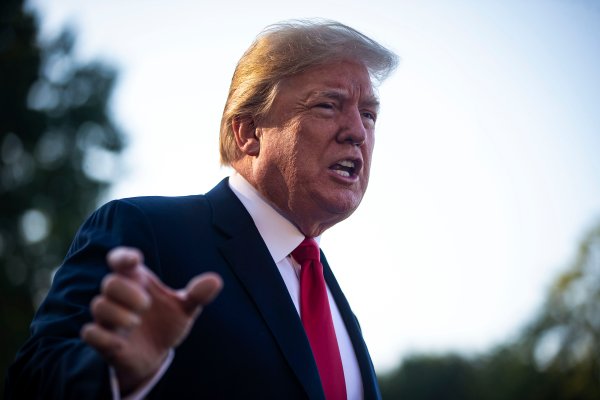 President Trump Says His Putin Meeting Will Be 'Easiest of Them All' Ahead of Europe Trip
Next Up: Editor's Pick